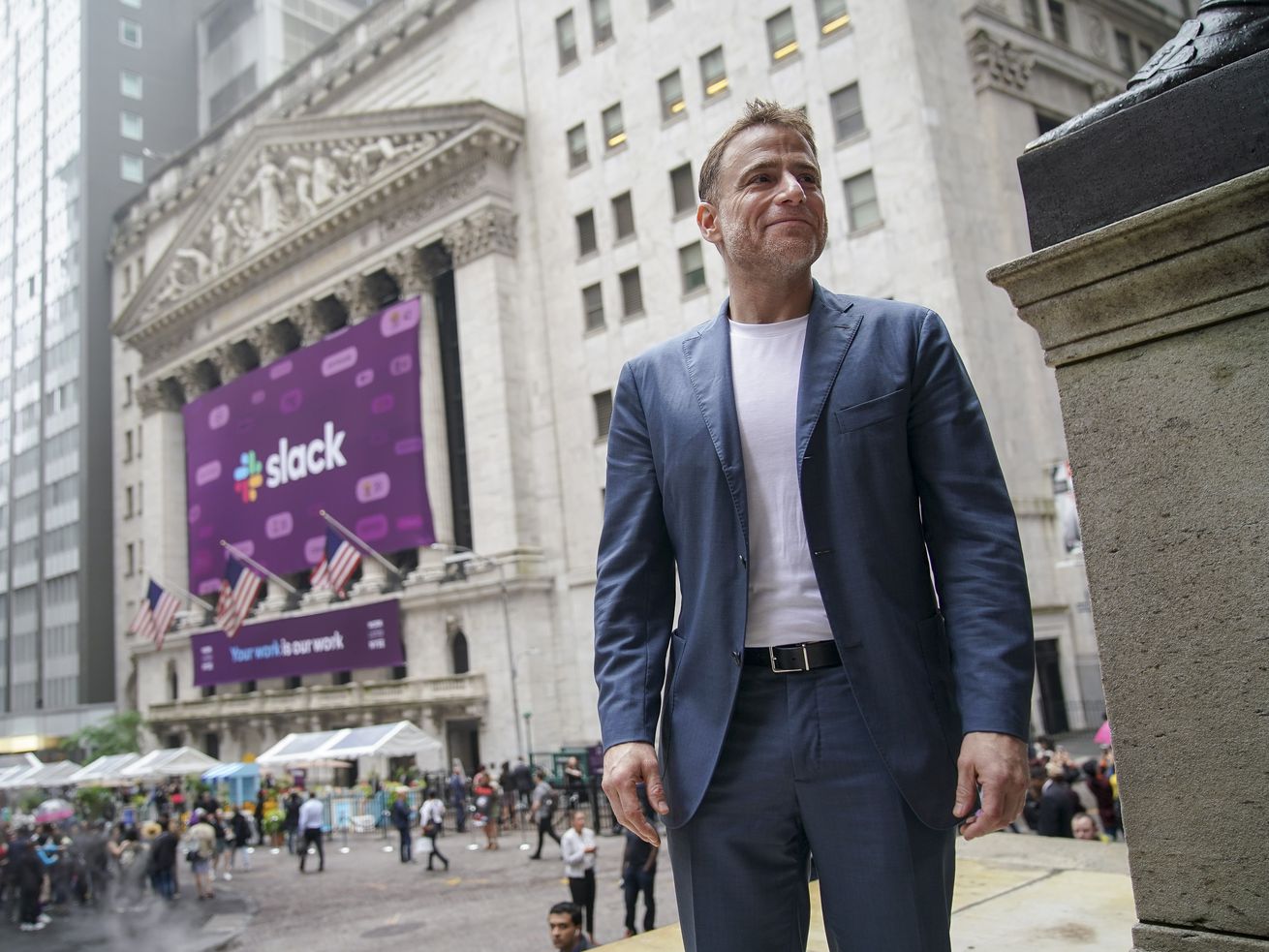 Slack’s success puts more pressure on banks to demonstrate what’s so sacred about their tried-and-true IPO.

With Slack’s apparently successful “direct listing” on Thursday, Silicon Valley scored another win in its tug-of-war with Wall Street and raised more questions about whether tech companies need the traditional support of big banks.

Slack, the workplace messaging software popular in tech and media circles, became the second large tech company to debut on the New York Stock Exchange with a direct listing rather than an initial public offering (IPO). Pursuing a direct listing largely abandons what Wall Street typically tells companies they need to do in order to become a public company. Slack’s early success is another data point showing that Spotify’s direct listing a year ago, the first of its kind, was an inflection point in the evolving relationship between Wall Street and Silicon Valley.

If you want to see Wall Street have less control over the American economy, that’s a good thing. But if you’re worried about hubristic tech companies discarding some of the traditional guardrails that have been behind a decade-long bull run in the stock market — and centuries of IPOs — that’s a bad thing.

136 million shares of Slack traded hands on Thursday — showing there was plenty of interest in shares — but the stock price remained relatively stable through its first day of trading, opening at $38.50 and ending the day at $38.70. Slack, which was last valued as a private company at about $7 billion, was standing tall at a market cap of almost $20 billion.

How exactly a direct listing works is complicated, but here are the basics: Rather than how an IPO has bankers sell new shares to clients and other well-connected Wall Streeters on the night before the first day of trading, a company instead lets its existing shareholders decide if they want to sell their shares on the free market after the opening bell. So Slack and Spotify didn’t put any new money in their coffers; they instead opened the floodgates for their executives and venture capitalists to sell their stock at whatever price the stock market demanded.

Although Wall Street banks have found a way to make money off of direct listings, the approach has been cast as risky because it relies on an invisible hand-esque method for the market to “discover” what a stock should be worth when it debuts. So naysayers have predicted that direct listings would feature enormous volatility: Is Slack worth $50? Maybe $5? Let’s have the price jump here and then there and then somewhere in between until we find the price that is just right.

But neither Spotify nor Slack had abnormal peaks or valleys. In fact, both non-IPO IPOs were pretty … boring.

If one is a point and two is a line, we’re firmly in the line stage. The third direct listing that’s needed to establish a trend is likely to be Airbnb, which is expected to publicly float its shares early next year.

Airbnb has been closely studying the direct listing, as Recode previously reported, with Spotify CEO Daniel Ek speaking with Airbnb CEO Brian Chesky about the process. Airbnb says it is profitable — which means it is not desperate for the cash — and it has a global consumer brand. So it is a prime candidate to become the third horseman foreshadowing a threat to the traditional Wall Street IPO.

Skeptics have voiced that direct listings only make sense for a very particular set of companies: ones that are profitable, or ones that have these well-known brands. But although Slack has some cult-like followers, it is not a consumer company. And as startups raise more money privately, the cash infusion of an IPO is less necessary. So maybe direct listings are not as niche as we once thought.

At the very least, the last two direct listings seem to suggest there is no obvious negative for companies pondering disruption of the Wall Street model. And so that may inspire more direct listings in the future — which you can follow with our new IPO tracker.