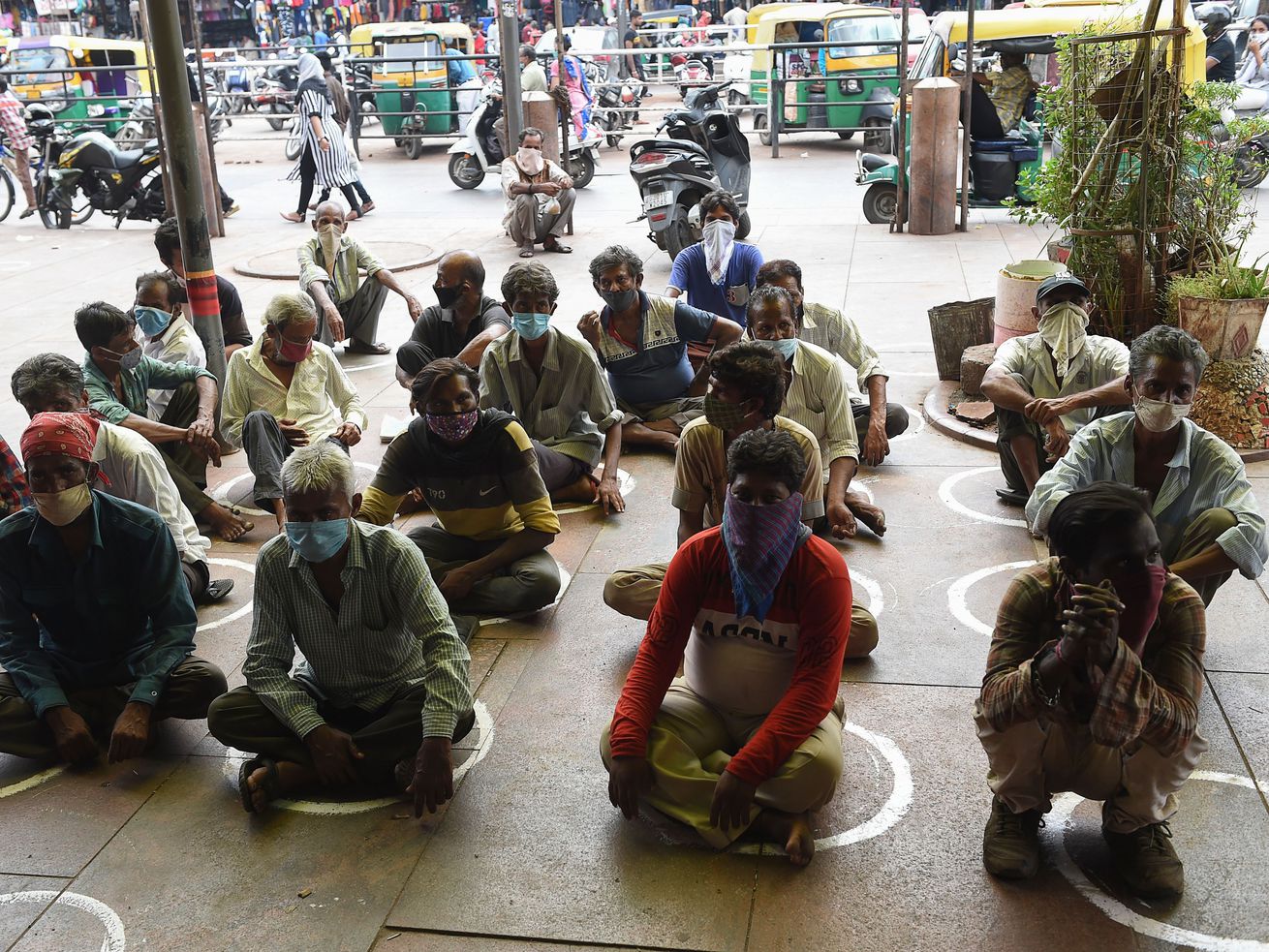 Covid-19 is projected to leave millions more people trying to live on less than $1.90/day.

For decades, one of the most important indicators of global well-being has kept moving in the right direction: Extreme poverty has been falling.

Although experts can and do debate the details, hundreds of millions of families moved from subsisting on less than $1.90/day (the World Bank’s standard for “extreme poverty”) to living on a little more. To be sure, it’s still not enough, but it has meant less hunger, less premature death, and more opportunity. Despite wars, famines, and natural disasters, extreme poverty has fallen for the last 50 years.

In just one year, Covid-19 has changed that picture profoundly.

The World Bank predicts the number of people living in extreme poverty will rise by anywhere from 70 million to 100 million this year, and may stay that way for several years as the coronavirus-related slowdown in economic growth is expected to linger — especially in countries such as Nigeria and India, where many of the world’s poorest people live.

The number of people surviving on less than $3.20/day (the World Bank’s standard for “poverty”) is also expected to rise, by between 170 million and 220 million people. By other means of measuring poverty, the toll might be even worse: The United Nations has a metric that tracks access to clean water, adequate food, electricity, and schools, and it estimates that 490 million people will lose access to one of those things within the next year.

While extreme poverty was rare outside of sub-Saharan Africa in 2019, many of the people projected to slip into it live in South Asia. In a September 28 report, the World Bank finds that in South Asia, “The COVID-19 shock is not only keeping people in poverty, but also creating a class of ‘new poor.’” That’s not only in countries hit hard by the virus but on the broader region. “The employment and earning impacts of the pandemic have been large and widespread,” the report states, a consequence of a triple shock from “the pandemic itself, the economic impact of containment measures, and reverberations from the global recession.”

Countries such as India have seen massive migration in recent months as the urban poor, unable to survive in the city, disperse to rural communities where the cost of living is lower and they may at least have family. India officially has recorded 10 million people departing the city — an enormous migration in its own right — but the Economist argues that it may be an undercount by a factor of five.

Overall, depending how you measure it, Covid-19 represents a setback in the fight against global poverty on the scale of years, maybe decades.

The World Bank’s estimate of the impact of Covid-19 looks at economic effects from lockdowns and stay-home orders as well as economic effects of, for example, a collapsing tourism industry, a sudden dramatic decline in demand for oil, disruptions to manufacturing and supply chains, and other indirect effects of the virus’s ripples around the world. Most of the devastation was not caused directly by the virus but by the worldwide economic recession brought about by the virus and our efforts to fight it.

There’s a lot that could be done to mitigate the devastating effects of the pandemic on the world’s poorest. But the countries where extreme poverty is most prevalent are also the countries where the infrastructure to quickly deliver aid is often lacking. “In some countries, assistance has so far reached less than one-quarter of households whose incomes fell and only 10-20 percent of firms reported receiving assistance since the pandemic began,” the October World Bank report found.

A change for the fight against global poverty

The details of the models looking at global poverty vary from organization to organization, depending on how they define and measure poverty. But the overall grim picture is consistent: Things were getting better. Now, they’re getting worse.

The Gates Foundation wrote in their most recent monthly newsletter, “Almost every time we have opened our mouths or put pen to paper … we have celebrated decades of historic progress in fighting poverty and disease. But we have to confront the current reality with candor: This progress has now stopped.”

Covid-19 is known to have killed almost a million people worldwide, and the final toll is almost certain to be much higher. It also has left many survivors with long-lasting health problems. But in understanding its toll, we can’t underestimate the economic effects — and especially the economic effects on hundreds of millions of people in developing countries.

A working paper from the World Bank this summer summarized these estimates and looked at their implications for the 2030 United Nations Sustainable Development Goal to have no one in the world living in extreme poverty.

The short conclusion: We aren’t going to achieve that goal. A long shot even before the coronavirus hit, it looks like a much longer one now, with 600 million people still living in extreme poverty under one set of reasonable projections.

That is, of course, no cause for despair — every family lifted out of extreme poverty through any of the many tools in our toolbox for addressing global poverty, from cash transfers to health interventions to for-profit inventions, matters, regardless of whether they’re the last family in the world to need it or if many others remain.

But there’s no way around it: This is a very bad thing, on top of all the other awful burdens of 2020. In a fight we had been winning — slowly and painstakingly, but fairly steadily — we have now lost ground. And it should arguably make us think about whether we were taking that progress too much for granted in the first place.

“The pandemic has shown how flimsy recent progress has been,” Andrew Sumner, an economist at King’s College London, told the Economist.

Economic growth has consistently produced falls in global poverty, even in the presence of government mismanagement, widespread inequality, and poor access to social services. But that’s when times are good. One lesson of the pandemic is that when times are bad, those other elements of a good society matter a lot more.