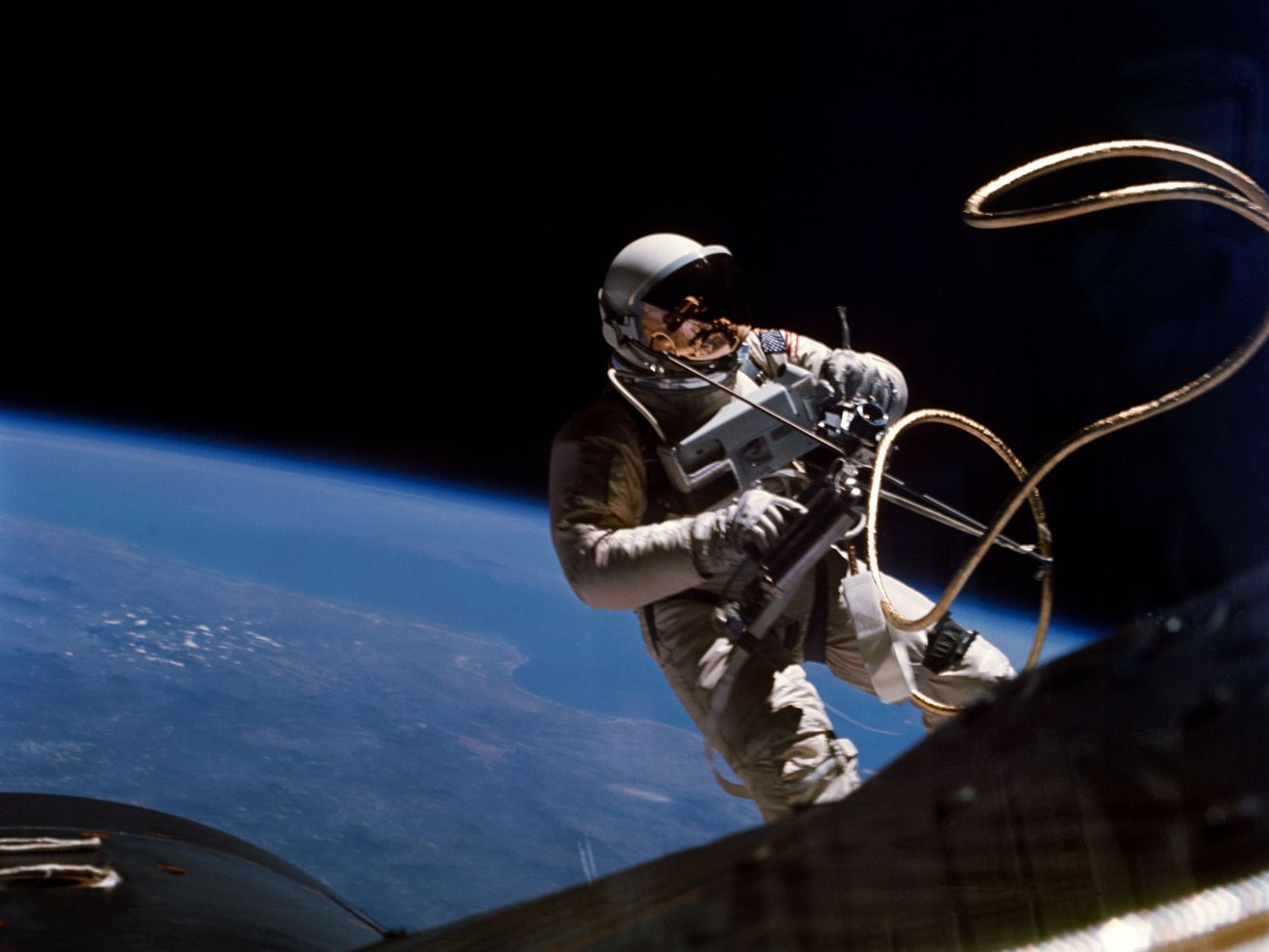 3 surprising true stories about television’s role in one of the most famous moments in history.

The moon landing is one of the most famous events in human history. When it was broadcast on TV in July 1969 — July 20 in some parts of the world and July 21 in others — 500 million people around the globe watched it, and even more people have seen it since. The footage of Neil Armstrong taking those first steps 50 years ago is so famous that it must be hard to find anything new to say about it. Right?

Well, the new three-part PBS documentary Chasing the Moon does have some new information to share about the moon landing. The series goes all the way back to the roots of the American space program in the 1940s to trace the story of the space race chronologically, uncovering many fascinating lost nuggets and tidbits along the way. (You can watch it in full on PBS’s website.)

And because I am the host of Primetime, a podcast about the history of television and how it affects and reflects our culture, I wanted to know more about how it all culminated in images of that historic moment being captured and then broadcast live on Earth in 1969. So I talked to Chasing the Moon’s director Robert Stone (who’s also co-author of a book of the same name) to find out.

My full interview with Stone recently ran as an episode of Primetime, and you should check it out.

But Stone also told me some stories about the moon landing that I found incredibly fascinating, some of which he learned while researching Chasing the Moon. Here are three of my favorites.

1) The original footage of the moon landing has been lost, making it perhaps the most famous lost film in history

You’ve seen the moon landing. You know what it looks like. You know what happened. But have you ever wondered why, with all of our modern technology to restore and preserve films, the footage still looks so grainy and ghostly? It turns out there’s a really good reason: NASA accidentally taped over the original footage.

What happened was that Westinghouse developed this black-and-white television camera, which was able to survive the temperatures and conditions on the moon and beam back the signal. And it was its own form of video. It was not compatible with any kind of video system that existed then or exists now.

And it was beamed back to Earth and then converted, shot off a monitor, actually, and then beamed around the world through the global satellite network, which had actually only just gone up about two weeks before Apollo 11. That’s why we are able to watch it.

In [Chasing the Moon,] you’ll see shots in mission control where they’re watching the moon landing. The video’s being projected on this giant screen in mission control in Houston. And the image is so much better than what we’ve seen in all the years since because that’s actually what people were seeing.

Consider this a friendly reminder to put some masking tape on your copy of the original moon landing and write “Moon landing footage — do not tape over!” so this doesn’t happen again.

All joking aside, the master tape of the moon landing is likely the most famous “lost” film in history — even though most people don’t know it’s lost because you can watch a crummy version of it on YouTube anytime you want.

The moon landing is remembered as a signature victory for America in the Cold War. But Stone and his team discovered while working on Chasing the Moon that there was once a proposal to make the mission a joint one between the US and the USSR — a proposal that very nearly moved forward:

President Kennedy in 1961, about six weeks after proposing we go to the moon by the end of the decade, was freaking out about the cost and met with his counterpart, Soviet Premier Khrushchev, and proposed that they do a joint mission to the moon. Six weeks after saying, “Let’s go to the moon!” Khrushchev turned him down.

Kennedy revisited the idea in the fall of 1963, and the information we got from Premier Khrushchev’s son was that Khrushchev, through back channels, accepted the proposal about a month before Kennedy was assassinated. Of course, Kennedy was killed, and Khrushchev was overthrown about nine months later. And that proposal went down the drain.

Hey, if you’re looking to write an alternate-universe science fiction story about the moon landing, here’s a great opportunity to do so!

Surely you’ve heard the conspiracy theory that the moon landing was (gasp!) faked and foisted onto a gullible public with the help of 2001: A Space Odyssey director Stanley Kubrick. And while that story is in no way true, it has its roots in something very real that happened, and it all has to do with TV networks looking to fill dead air:

With the whole moon landing hoax, we explained in Chasing the Moon how this came about. In fact, the moon landing was faked. It was faked by the networks because for the most part, until they [the astronauts] actually landed on the moon and pulled out the video camera, all they had were film cameras running that you would never see until you got back to Earth and developed the film and showed it. So it was really an audio experience for the most part.

And the networks in order to fill time — because they’re television networks, they need visuals — they built a set. They had actors in spacesuits. They had a full-size lunar module, and CBS even brought in Stanley Kubrick’s special effects whiz Doug Trumbull to help out with this. So it’s not really a great leap of the imagination to say, “Well, okay, they did that and then suddenly they filmed the same set with some crude video camera.” You can see the connection to Stanley Kubrick, too, when people say, “Oh, Stanley Kubrick faked the moon landing.”

It’s silly. It’s ridiculous. It would’ve been far more difficult to fake the moon landing back then [than] to actually do it. And then why do it again and again? If anybody was going to initiate a moon hoax, it would have been the Soviet Union, and they never did. They accepted that we did it. But people believe what they want to believe.

For so much more with Robert Stone, including a deep dive into the technology necessary to broadcast live TV images from the moon in 1969, listen to the full episode.

And when you’ve checked that out, dive into the first season of Primetime, which looks at great moments in history when presidential politics and TV collided, from Dan Quayle’s fight with Murphy Brown to the George W. Bush administration’s co-option of 24.