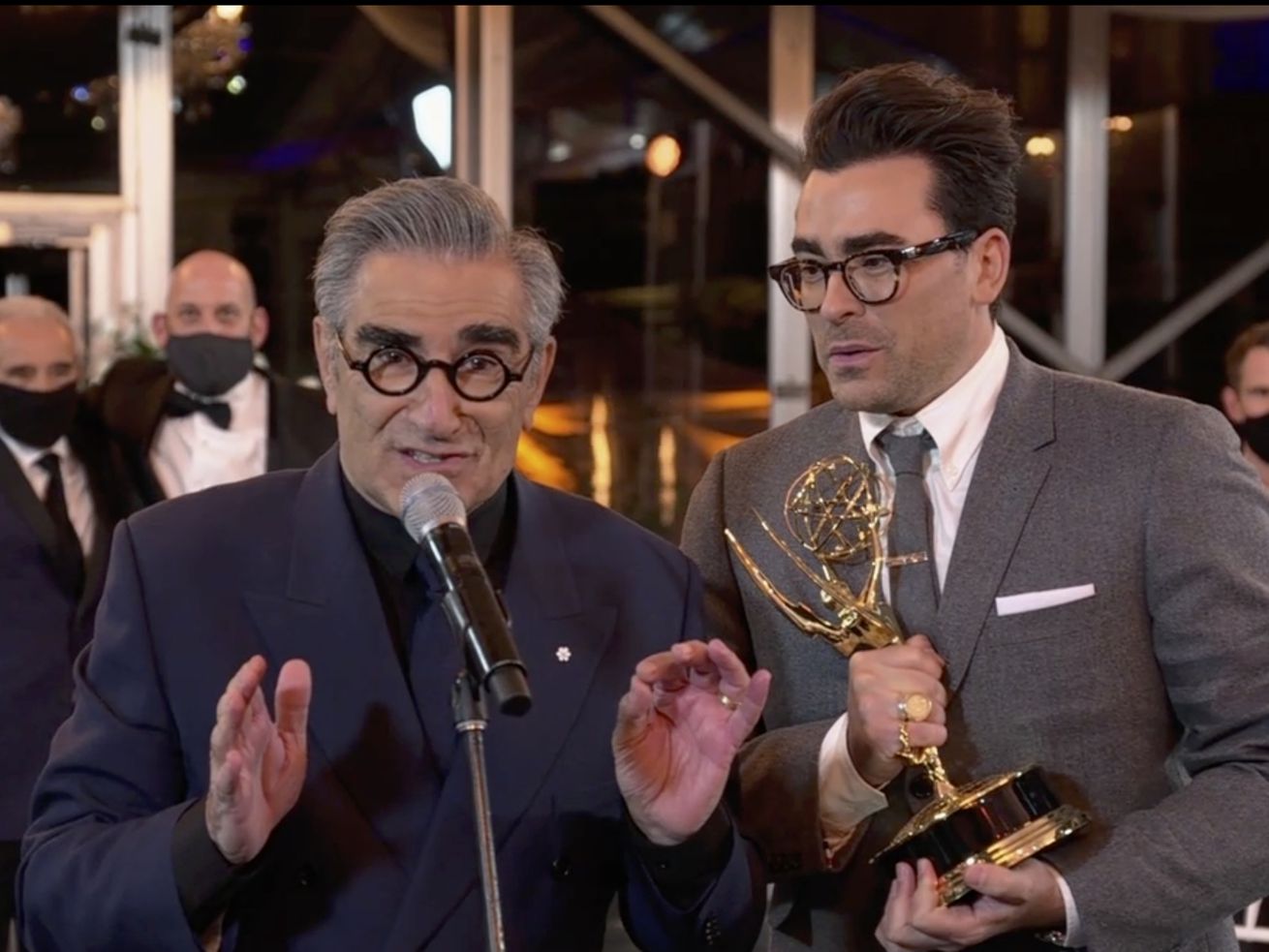 Schitt’s Creek was the most decorated winner of the night, sweeping the comedy categories. Succession and Watchmen also won big.

The 72nd Primetime Emmy Awards were unlike any other. Due to the Covid-19 pandemic, nearly all of the would-be presenters, guests, and nominees were forced to rely on remote camera setups to capture reaction shots and award speeches on the fly. Comedian Jimmy Kimmel hosted live from a largely empty Staples Center in Los Angeles. It sounded like a mess waiting to happen, but the show (apparently) had to go on — and on it went, without much of a hitch.

Nominees like Schitt’s Creek, Succession, and Watchmen were all vying for a hefty pile of trophies, and with recent winners like Game of Thrones and Fleabag no longer on the air, the biggest races were a bit more unpredictable than usual.

Schitt’s Creek swept the comedy categories, taking home all seven awards it was nominated for — including Outstanding Comedy Series and all four of the comedy acting honors. Combined with its two wins at the Creative Arts Emmys earlier this week, Schitt’s Creek’s nine Emmys set a new record for the most wins for a comedy series in a single year. It was an excellent bow for the popular Canadian series, whose sixth and final season aired earlier this year. But it also meant that other comedy shows like The Marvelous Mrs. Maisel, which has long been an Emmys favorite and was nominated for 18 awards this year, walked away with zero wins. (Same for The Good Place, another well-liked comedy that wrapped in 2020.)

HBO also won big in the drama categories with Succession, whose run to its first Outstanding Drama Series win was preceded by wins for Writing, Directing, and Lead Actor (Jeremy Strong). Meanwhile, Ozark actress Julia Garner won for her supporting role on the Netflix series, while Billy Crudup of Apple TV+’s The Morning Show won for his. Particularly noteworthy was Zendaya’s win for her starring turn in Euphoria, an unexpected but well-deserved honor.

Below is the complete list of winners at the 2020 Emmys.

Lead Actress in a Comedy Series

Christina Applegate, Dead to Me

Linda Cardellini, Dead to Me

Lead Actor in a Comedy Series

Outstanding Writing for a Comedy Series

Sam Johnson and Chris Marcil, What We Do in the Shadows

Paul Simms, What We Do in the Shadows

Stefani Robinson, What We Do in the Shadows

Outstanding Directing for a Comedy Series

James Burrows, Will and Grace

Supporting Actor in a Comedy Series

Supporting Actress in a Comedy Series

What We Do in the Shadows

The Daily Show with Trevor Noah

The Late Show with Stephen Colbert

Octavia Spencer, Self Made

Mark Ruffalo, I Know This Much Is True — WINNER

Outstanding Writing for a Limited Series or Movie

Outstanding Directing for a Limited Series or Movie

Supporting Actor in a Limited Series

Supporting Actress in a Limited Series

Lead Actor in a Drama Series

Sterling K. Brown, This Is Us

Lead Actress in a Drama Series

Outstanding Writing for a Drama Series

Outstanding Directing for a Drama Series

Supporting Actor in a Drama Series

Supporting Actress in a Drama Series