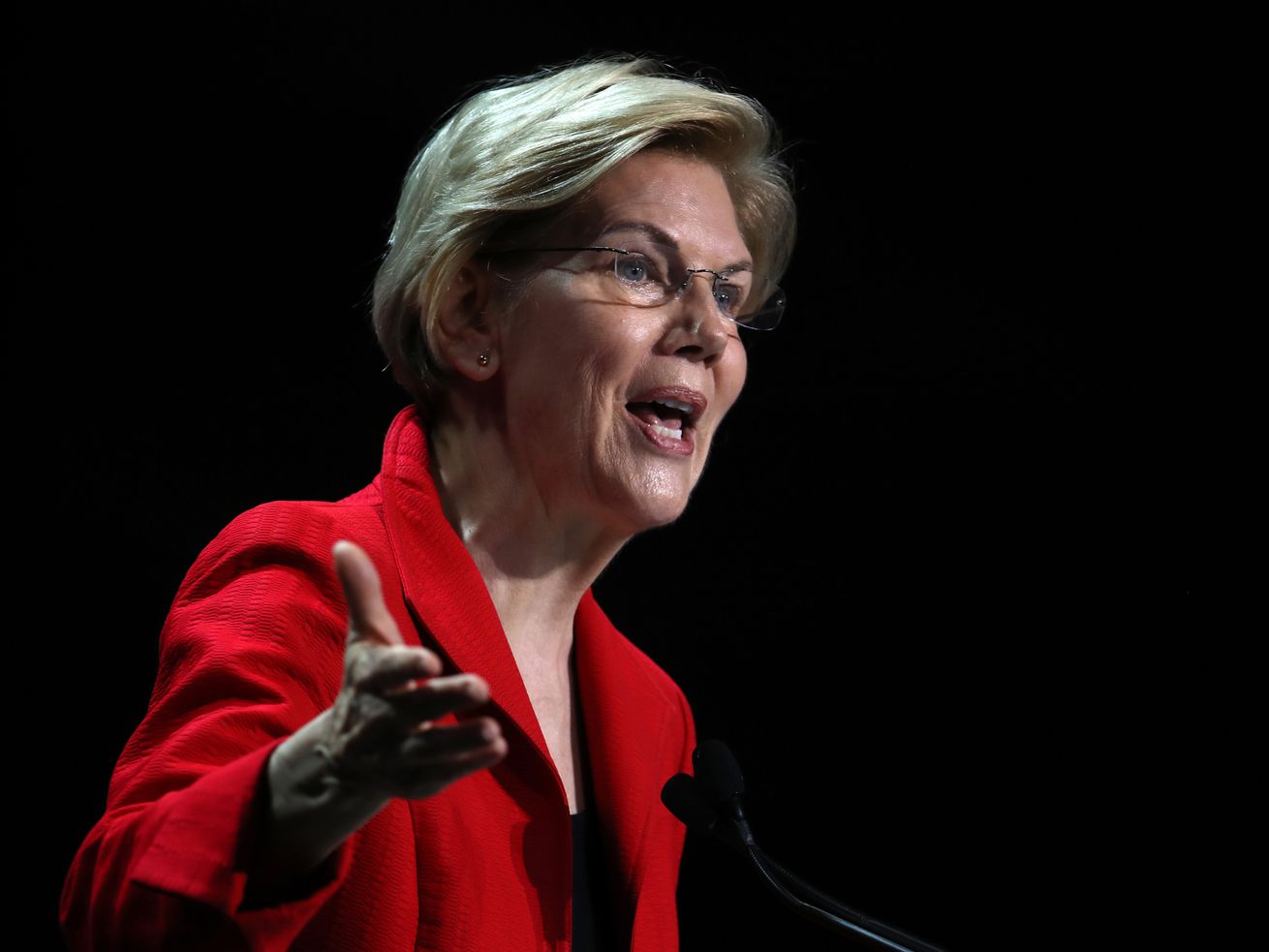 During an MSNBC town hall, Warren dissented from Joe Biden’s support of the ban on federal funding of abortion.

Elizabeth Warren views the Hyde Amendment — which bans federal funding for abortions except in cases of rape, incest, or a threat to the life of the pregnant patient — as fundamentally about inequality.

“What this is about is health care, about reproductive freedom, about economic freedom and equal opportunity for all women,” Warren said, in response to a question from MSNBC’s Chris Hayes at a Wednesday town hall. “This is not about politics.”

Asked to respond to Vice President Joe Biden’s longtime position for keeping the Hyde Amendment, Warren argued the provision would just make it more difficult for low-income women from accessing a safe abortion through programs like Medicaid.

Warren added she is old enough to remember an America where abortions were illegal, before the landmark 1973 Supreme Court decision Roe v. Wade. The issue has come into renewed focus now there’s a renewed attack on legal abortion from red states like Alabama, which recently signed into law a bill banning abortion at any point except when the mother’s life is in serious danger.

Biden, the current Democratic frontrunner, has been a longtime supporter of the Hyde Amendment. Warren thinks he’s wrong, and the amendment exacerbates inequality among American women.

Tackling inequality is the main theme of Warren’s campaign. Her position on Wednesday reveals she thinks access to abortion is essentially an issue that impacts low-income women far more than those of means.

More 2020 Democratic candidates are taking a position on Hyde

As Vox’s Anna North wrote, Democratic candidates calling for the repeal of the Hyde Amendment is a relatively recent phenomenon. The amendment was first passed in 1976, three years after Roe, but the Democratic party platform has really shifted starting in 2016.

During her 2016 presidential run, Hillary Clinton called for a repeal of Hyde, and the Democratic Party platform followed suit, something that would have been nearly unthinkable in the years when she and her husband were calling for abortion to be rare.

Most of the major 2020 Democratic presidential candidates are in favor of repealing the Hyde Amendment. Biden isn’t among them, his spokesman confirmed to Vox. The spokesman added that “if recent efforts to restrict abortion access — including near-total bans on abortion in Louisiana, Ohio, Alabama, and elsewhere — succeed, Biden would be open to repealing Hyde.”

That argument isn’t good enough for Warren, who argued the amendment is exacerbating inequality among women and families.

Because it bars the federal government spending any money to fund abortions, activists and an increasing number of Democratic candidates say the amendment is prohibiting low-income women who rely on Medicaid for coverage from procuring an abortion. In other words, it’s an amendment that disproportionately impacts the poor.

And with Republicans launching an assault on abortion laws and clinics in red states, that means low-income women’s options to get a safe, legal abortion are disappearing. Some Democrats believe repealing the Hyde Amendment would make access for women more equitable.

As Warren noted, that won’t necessarily stop low-income women from getting abortions, it could just make them get ones that are more dangerous.

“Look, the way I see this, this is what leadership is about,” Warren said. “You start with what you believe is right and then you get out there and fight for it.