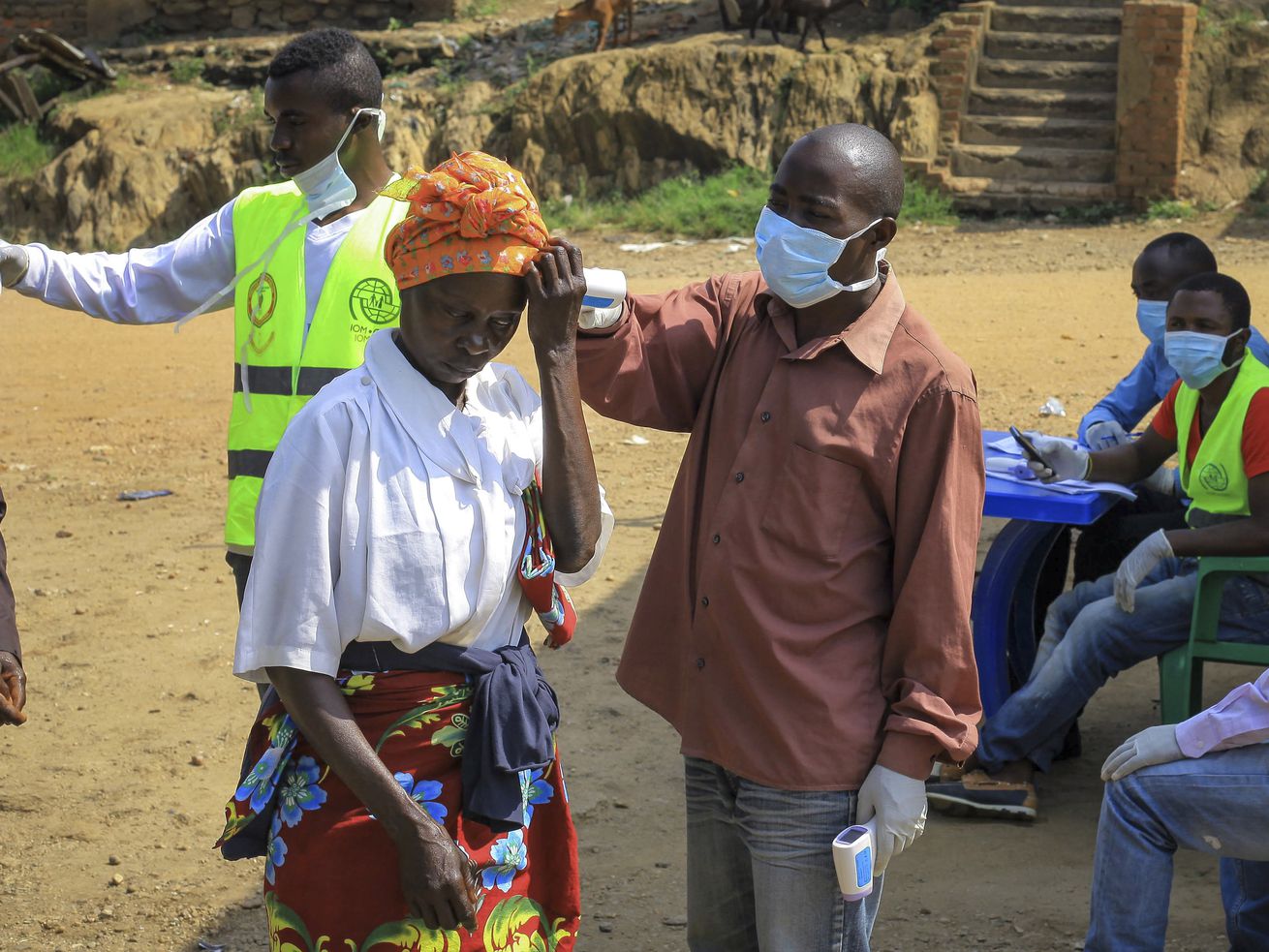 It’s the first time the outbreak has spread across DRC’s border.

Ever since the second-largest Ebola outbreak began raging in the Democratic Republic of Congo in August, health authorities have feared that the virus might one day spill over DRC’s porous borders.

That moment, unfortunately, has arrived.

On Tuesday, the World Health Organization confirmed the first case of Ebola spreading from DRC to neighboring Uganda. A 5-year-old Congolese child traveled across the border with his family on June 9 and then sought medical care in Uganda. The boy died overnight, and now his 3-year-old brother and 50-year-old grandmother have also been diagnosed with the virus. They’re being treated in Uganda.

According to the WHO, Uganda has been preparing for this moment. Health authorities there have vaccinated nearly 4,700 health workers in 165 health facilities (including the one where the deceased child was cared for). They’ve also set up Ebola treatment units to isolate and care for the sick.

Still, it’s a disturbing development in an outbreak that remains out of control. “This epidemic is in a truly frightening phase and shows no sign of stopping anytime soon,” said Dr. Jeremy Farrar, director of the Wellcome Trust, in a statement. “We can expect and should plan for more cases in DRC and neighboring countries.”

Following the spread of #Ebola to #Uganda from #DRC, I am reconvening the IHR Emergency Committee on 14 June in Geneva to ascertain whether the outbreak constitutes a public health emergency of international concern. This will be the 3rd meeting of the committee on this outbreak. pic.twitter.com/tchEuKmu6k

The WHO is taking the news of spread seriously as well. On Wednesday, WHO’s Director General, Dr. Tedros Adhanom Ghebreyesus, announced that he’ll convene a meeting of external experts on Friday to determine whether the outbreak should officially be declared a “public health emergency of international concern.” That’s a rare designation the WHO gives to outbreaks that pose a global threat. If it’s declared for DRC’s outbreak, you can expect to hear a lot more about Ebola — and its politics — very soon.

According to DRC’s health ministry, as of June 10, there were more than 2,000 Ebola cases, which makes this outbreak second only to the unprecedented 2014-2016 West Africa epidemic. And that’s not surprising. DRC’s is the first known Ebola outbreak to happen in an active war zone (concentrated in the country’s northeastern provinces, North Kivu and Ituri). The political instability in the region, and flare-ups in violence, have frequently interrupted the efforts of Ebola responders, leading to more cases.

Despite the mounting toll, in April, experts at the WHO decided not to declare a global health emergency, in part because there’d been no international spread at that time.

The WHO has only declared a public health emergency, known as a PHEIC, four times since the International Health Regulations, which govern global health emergency responses, were enacted in 2007. And these decisions are not taken lightly. First, the PHEIC is a political tool used to focus the world’s attention on a health crisis. Using this declaration too often would weaken its significance. Second, one of the key considerations in declaring a PHEIC is whether the disease threat is dire enough for countries to be forced into enacting travel and trade restrictions. These can be devastating to local economies, and are often associated with economic losses.

The U.S. cannot allow EBOLA infected people back. People that go to far away places to help out are great-but must suffer the consequences!

But the Uganda cases may be the game changer in this outbreak. And if the international alarm is sounded, we should brace ourselves for the outbreak to become politicized in the way West Africa’s 2014-16 outbreak was. The Centers for Disease Control and Prevention issued a statement Tuesday saying that DRC’s outbreak still poses a “very low” risk of transmission in the United States, even with the international spread. The same was true for the West Africa outbreak, but that didn’t stop Chris Christie, Donald Trump, and others from using Ebola to call for borders to be closed down.