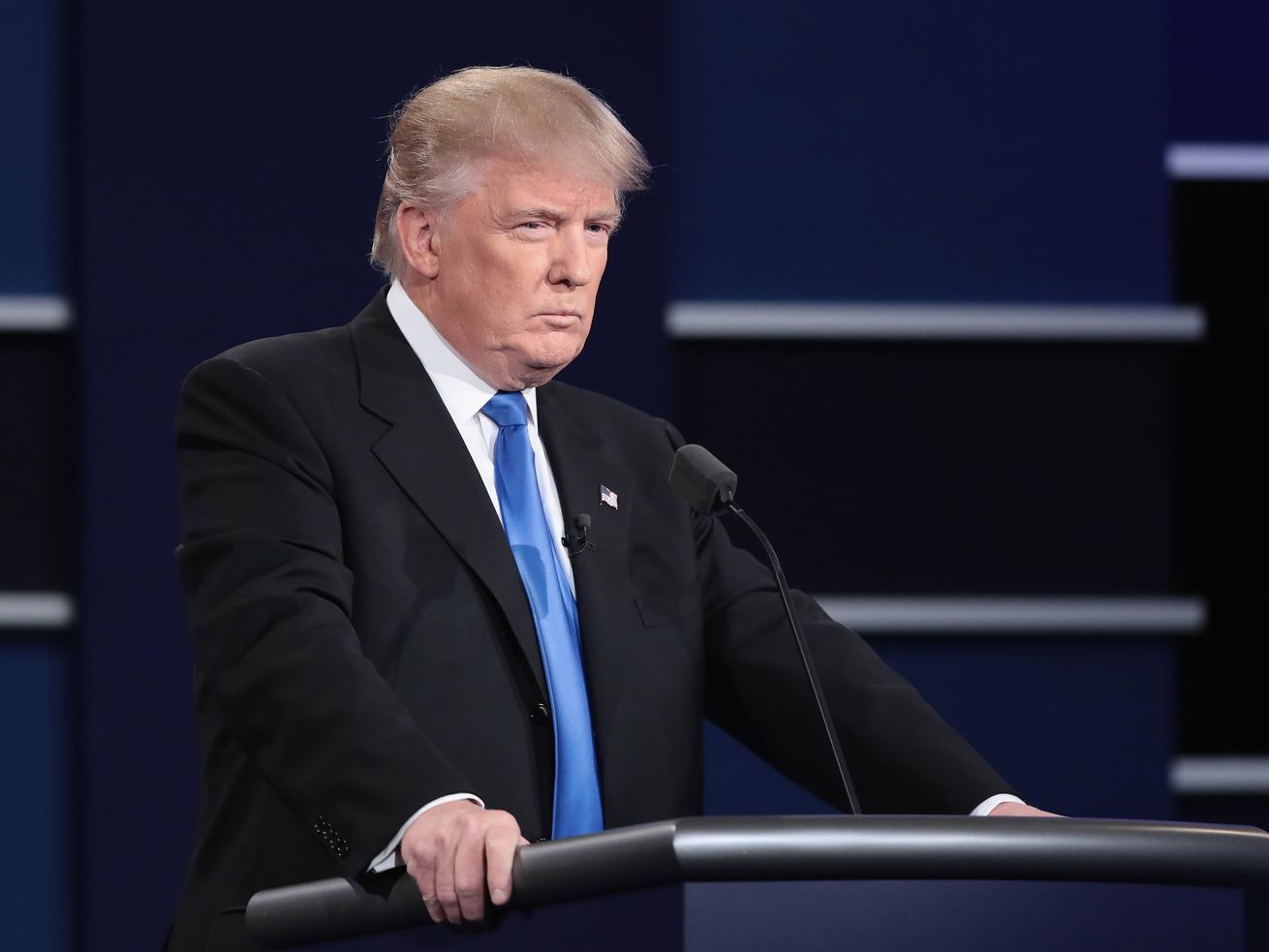 The president’s response to the advice columnist’s accusation is to make us doubt our own eyes.

Donald Trump deployed half a dozen tactics in a press release on Friday that any abuser would recognize.

Trump’s goal was to get us to question our own eyes and discredit columnist E. Jean Carroll, who described an encounter with Trump in the 1990s that ended in rape.

According to a book excerpt that appeared in New York magazine, Carroll bumped into then-real estate mogul Trump at Bergdorf Goodman in New York. The two recognized each other and they had a friendly back-and-forth. But then Trump became violent, Carroll wrote, going on to describe her rape in a dressing room.

Carroll preempts her critics with some explicit concessions: She did not go to the police. She did not see any sales attendants around. There was no video footage. Her key corroborating evidence is that she told two friends the same story at the time, and New York magazine confirmed the account with them.

Carroll is the 22nd woman to accuse the president of sexual misconduct on the record. Trump has denied these accusations and turned on the women who made them. As Carroll put it in her piece, she feared joining the women “who’ve come forward with credible stories about how the man grabbed, badgered, belittled, mauled, molested, and assaulted them, only to see the man turn it around, deny, threaten, and attack them.”

Her fears came true within hours when Trump released a statement in response to the piece that attempted in several ways to gaslight anyone who read Carroll’s account and threaten any other woman who might want to speak out.

“I’ve never met this person in my life.”

When I read this line, I paused. I could have sworn New York magazine published a photo showed Trump and Carroll together. Maybe I had misunderstood. Maybe I was wrong about what I saw. Maybe the publication pulled a fast one on me.

No. I was right. A photo is clearly embedded in the story.

Even if Trump didn’t remember Carroll, he certainly read the article and would have seen the photo of himself with her. It’s just not true that he never met her — and he knows it. Trump is deliberately putting readers back on their heels, making them doubt their own eyes.

“Shame on those who make up false stories of assault to try to get publicity for themselves, or sell a book, or carry out a political agenda—like Julie Swetnick who falsely accused Justice Brett Kavanaugh.”

An obvious parallel to Carroll’s story is Christine Blasey Ford’s. Like Carroll, Ford is an accomplished, professional, well-spoken woman who told the world a detailed, deeply personal story about a powerful man. She sat in front of a Senate committee for hours and answered questions about her account of an encounter with Brett Kavanaugh in high school in which she says he attempted to rape her. Most Americans found her credible.

Trump is attempting to make us forget that Ford was at the center of the Kavanaugh controversy, instead bringing up a woman named Julie Swetnick, who said she saw Kavanaugh acting inappropriately at parties when they were in high school. Swetnick’s account was far less specific and detailed as Christine Ford’s account. She couldn’t establish that they knew each other. Her story was thus less compelling and less reliable. It was covered in the national media, but it was not the defining storyline of the Kavanaugh nomination.

Trump is trying to rewrite history, to make us forget what really happened with Kavanaugh. He’s trying to shift the comparison from Ford to weaken Carroll, to make us hold her less regard.

“Ms. Carroll & New York Magazine: No pictures? No surveillance? No video? No reports? No sales attendants around??”

Carroll wrote that there was no one around to witness the assault. She did not tell the police. The store didn’t have surveillance. No one was standing by to take a photo. This would all be helpful evidence, certainly, but the lack of it doesn’t mean that her story isn’t true.

And while Trump plays up these examples of non-existent evidence, he doesn’t address the existing corroborating evidence — that 20 years ago she told two friends who remember the details today. If he did, he’d draw attention to a significant detail in her favor. And he’d have to call not just one successful and established woman in media a liar — but three. Rather than confront the relevant detail, he’d rather get us to think about the irrelevant details.

Trump wants us to feel sorry for him. It’s a sleight of hand. He’s attempting to get us to look at him not as the abuser, but as the victim. In turn, that makes Carroll the villain. This isn’t novel. It’s what abusers do. And it’s something Carroll specifically feared.

“The world should know what’s really going on. It is a disgrace and people should pay dearly for such false accusations.”

Trump knows this. Ford has moved repeatedly after receiving death threats. He’s seen what happens to people he targets on Twitter. He can claim he didn’t mean to incite anyone, but he knows he’s done it before.

He’s also not just warning Carroll. He says “people should pay dearly” — as in, anyone who might come forward in the future. Trump wants to keep accusers afraid. So far, on more than 20 women, it hasn’t worked.