The jump from 27,510 means the UK remains one of the worst hit countries in the world.

This comes as Boris Johnson revealed doctors prepared to announce his death as he battled coronavirus.

The Prime Minister told The Sun on Sunday he was given “litres and litres of oxygen” to keep him alive.

He said: “It was a tough old moment, I won’t deny it. They had a strategy to deal with a ‘death of Stalin’-type scenario.

“I was not in particularly brilliant shape and I was aware there were contingency plans in place.

“The doctors had all sorts of arrangements for what to do if things went badly wrong.

“They gave me a face mask so I got litres and litres of oxygen and for a long time I had that and the little nose jobbie.”

Boris and Carrie showed off their son on Instagram after he was born on Wednesday April 29.

She said he was also named after the two doctors, Dr Nick Price and Dr Nick Hart, who saved Boris’s life when he was in intensive care with Covid-19.

Follow our coronavirus live blog for all the latest news and updates. 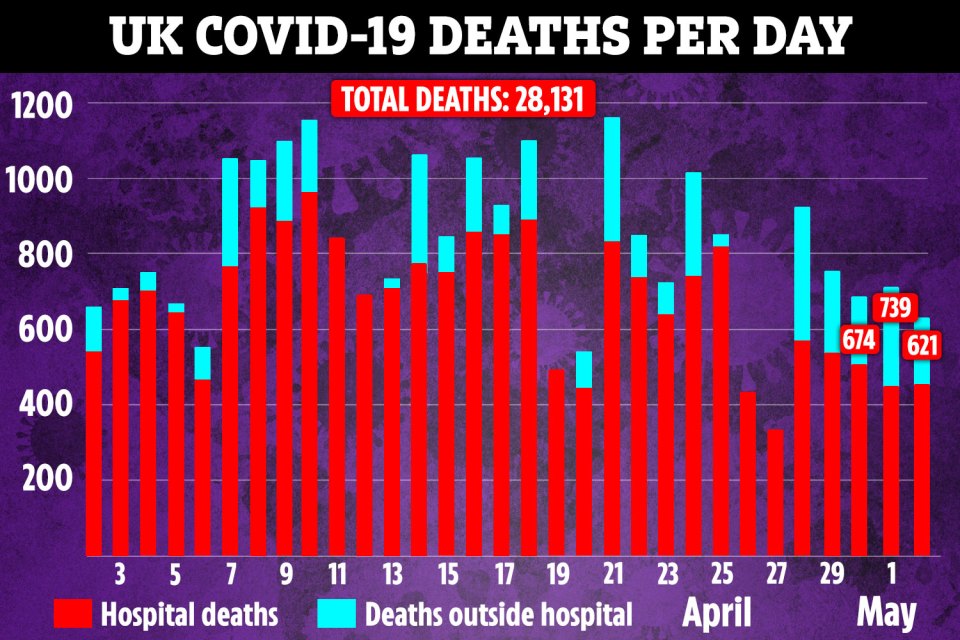