HEALTH officials have unveiled the dos and don’ts of facial hair that would work with respirators as the nation sees its 60th confirmed case of the coronavirus.

In an infographic released by the Centers for Disease Control and Prevention (CDC), the federal agency lays out which facial hairstyles work best with facepiece respirators, which may have to be used by those who are sick with the disease.

People who have clean-shaven skin, a soul patch or side whiskers would more easily be able to seal respirators to their skin, if they were to use them.

Facial hairstyles including stubble, ducktail, circle beard, mutton chops or a Salvador Sali-style mustache wouldn’t be able to place a facepiece respirator to the skin.

People with some styles, like a goatee, anchor or balbo, need to be “careful” as the “chin hair may easily cross the seal.”

A horseshoe mustache, however, is fine, but health officials warn “not to cross” the facepiece seal.

Men with certain types of facial hair might not be able to properly use respirators, according to health officials[/caption]

As of Wednesday, officials confirmed 60 cases of the coronavirus in the U.S.

The disease has infected more than 80,000 people and killed thousands of others worldwide.

President Donald Trump told reporters at a press conference Wednesday evening the risk of getting the virus “remains very low” in the U.S.

He said his administration is “very, very ready for this, for anything,” even if it’s “a breakout of larger proportions.” 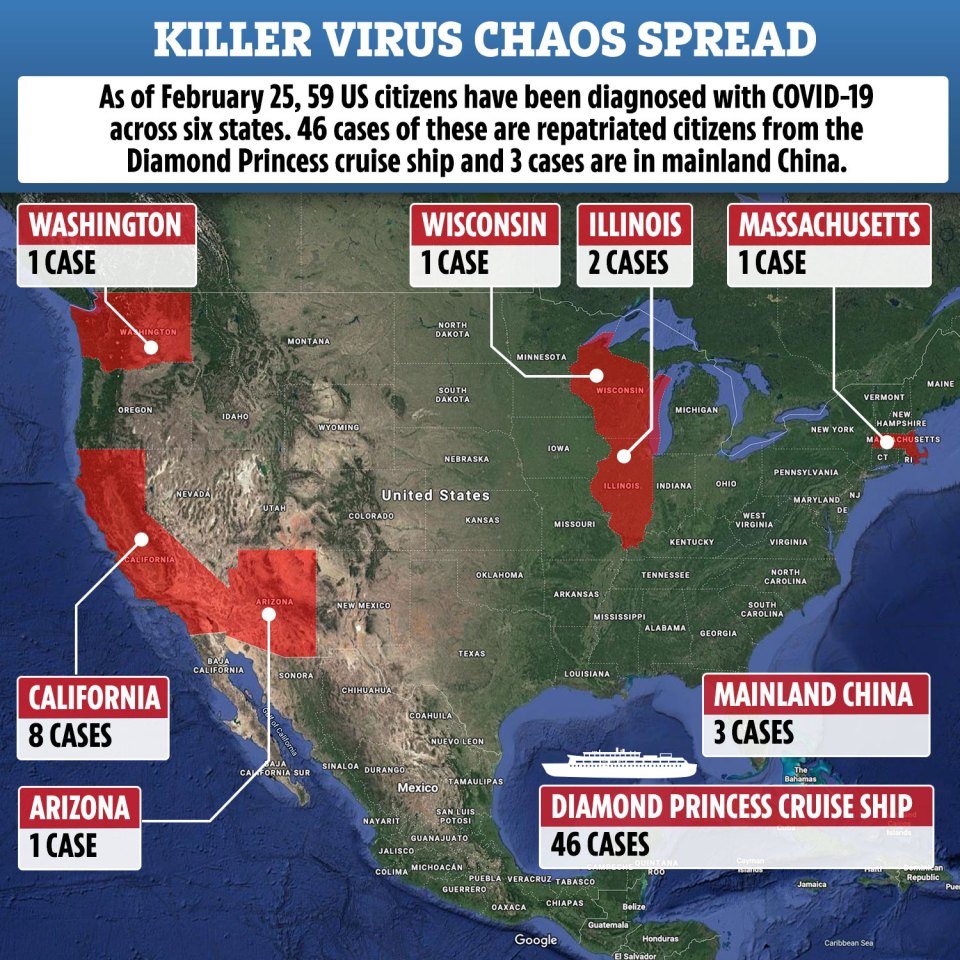 Trump said he doesn’t think a widespread outbreak is “inevitable,” but believes “there’s a chance it could get worse.”

The CDC on Tuesday warned Americans to prepare for an outbreak.

Trump said Americans should follow CDC guidelines for staying healthy and clean, so they don’t contract the coronavirus.


Worker kills five people & then himself in beer factory shooting

The CDC recommends people who are not sick should not wear face masks to protect themselves.

People who show symptoms of illness or the coronavirus should wear face masks, however, “to help prevent the spread of disease to others.”

Health officials also say to “wash your hands often with soap and water for at least 20 seconds, especially after going to the bathroom; before eating; and after blowing your nose, coughing, or sneezing.”