AT the weekend, I got to relive my youth and feel all the nostalgia at the Spice Girls’ concert in Manchester.

I am still in shock at how great it was. I was expecting good things but boy, they put on a show.

It took me right back to being 11, having just moved here from Germany and hearing British pop music for the first time.

I started a tribute group called the Veggie Spices with my twin sister and our friend Faye.

We rehashed lyrics to encourage people to eat their veggies, made up dance routines and put on performances in the playground. I think I was Tomato Spice!

I have been lucky over the years to meet and even work with some of the real Spices. As you would expect, they are very down to earth and normal.

Melanie C last year DJ’ed at our one-day music festival Festifeel. I tried my best to play it cool but her star power was palpable.

For monthly reminders to check
your boobs, text:

Your initial message will
cost your standard network rate 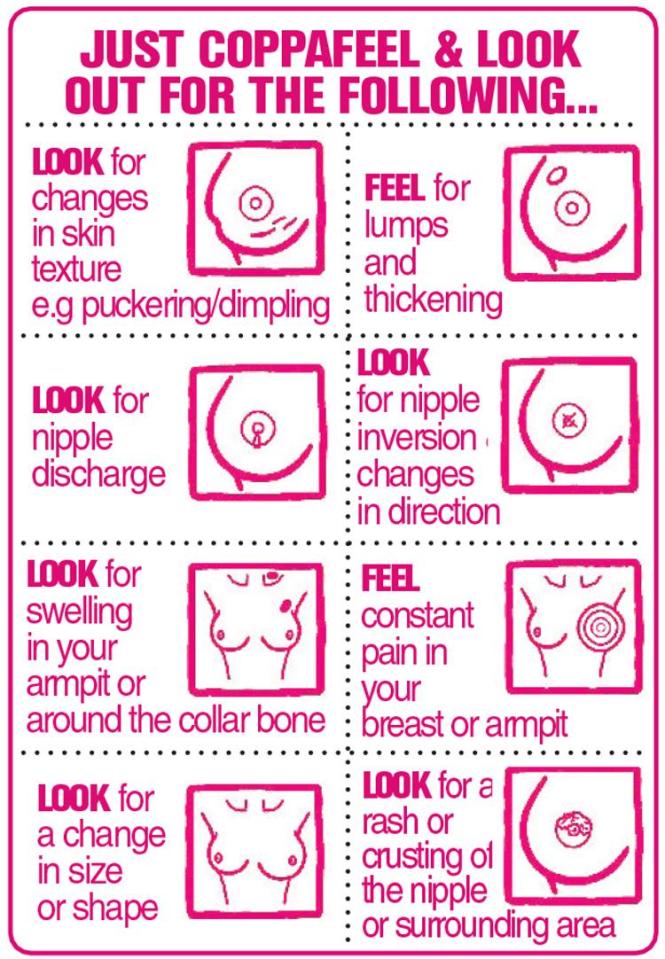 Last weekend’s show was overwhelming – and it was a new experience to be in a stadium with 50,000 other people shouting the lyrics to every song at the top of their lungs.

It made me realise how huge the Spice Girls were in the Nineties and how big a part they were of so many young girls’ upbringings during that time.

I don’t think I truly appreciated what “girl power” meant in those days. They were ahead of their time.

Feminism was still almost a dirty word but today their message is so relevant.

Seeing the concert – and a crowd full of young women being reminded to support each other – made me love the Spice Girls even more.

Talking of girl power and of being supportive humans, it seems a good time to remind you to connect with all your friends – female, male or non-binary – and remind them to check their boobs.

MOST READ IN FABULOUS


Woman, 24, with cancer given months to live after docs refused smear test

DO YOU KNOW IT?

One thing that unites us all is boobs and health, so the best thing you can do for your pals is educate them about something that could save their life.

I’d like to think the Spice Girls are always reminding each other to get to know their boobs.