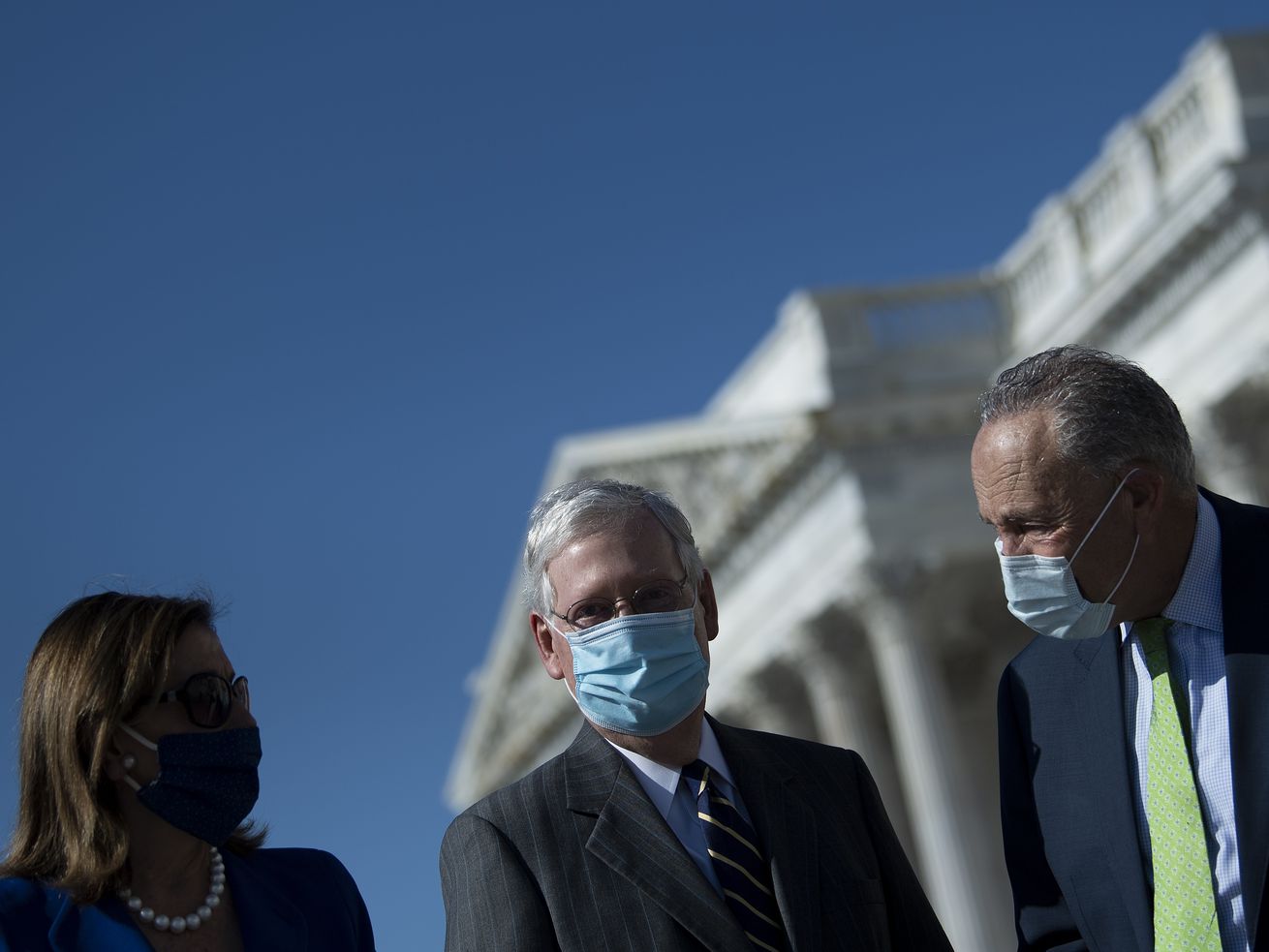 The Senate just passed a bill to fund the government through mid-December.

As lawmakers continue to argue over both coronavirus stimulus and a new Supreme Court nominee, Congress has managed to agree on at least one thing: avoiding a government shutdown.

The Senate on Wednesday passed a continuing resolution, or short-term bill, that will fund the government through December 11, just ahead of the annual fiscal year deadline that comes at the end of September. The legislation advanced 84-10, and will allow government agencies to continue using federal funds until Congress passes a full spending bill for the 2021 fiscal year that begins October 1. The House passed the measure 359-57 last week, which means it now heads to President Donald Trump’s desk where he’s expected to sign it.

The resolution broadly continues funding for federal agencies at existing levels, but has an additional $8 billion for nutrition aid that Democrats pushed for as well as language renewing money for the USDA’s Commodity Credit Corporation, which Republicans were eager to include to maintain a source of aid for farmers.

While holding up government funding had been floated as a potential way for Congressional Democrats to delay the Supreme Court confirmation process, House Speaker Nancy Pelosi ultimately dismissed the idea. “Well, none of us has any interest in shutting down government. That has such a harmful and painful impact on so many people in our country,” she said last week during an appearance on ABC.

Lawmakers from both parties wound up supporting this funding legislation, guaranteeing that, for now, a shutdown won’t be among the slew of problems Congress is already struggling to navigate.

While battles over government funding have resulted in extensive shutdowns in the past — including one in 2019 that lasted 35 days — this issue has proven to be one of the least contentious that lawmakers are dealing with amid an ongoing pandemic and a fierce Supreme Court fight.

For months, there’s been little movement on coronavirus aid even as millions of Americans continue to deal with layoffs and thousands of small businesses weigh permanently closing.

House Democrats on Monday unveiled a new version of the HEROES Act, which includes $2.2 trillion in stimulus that would extend a $600 weekly unemployment insurance supplement, fund another round of direct stimulus payments, and provide aid to state and city governments. Pelosi and Treasury Secretary Steven Mnuchin have also resumed their talks and met both Monday and Wednesday — though there’s little indication of new progress on a compromise.

The Senate is also gearing up for an intense confirmation fight over Trump’s Supreme Court nominee Judge Amy Coney Barrett, who would solidify a 6-3 conservative majority on the high court if she is approved. While Senate Republicans had refused to advance President Obama’s Supreme Court nominee in an election year, they’ve changed course and are moving to swiftly vet and hold a confirmation hearing for Barrett prior to the election on November 3.

Democrats have emphasized that Barrett could be the deciding vote in undoing the Affordable Care Act, and are now in the process of weighing how they’ll respond to the confirmation process.

With its approval of the short-term funding bill, however, Congress has punted one of its debates for another couple of months. It will have to take up the issue again in December, presumably after the confirmation hearings and pandemic aid package are settled business.