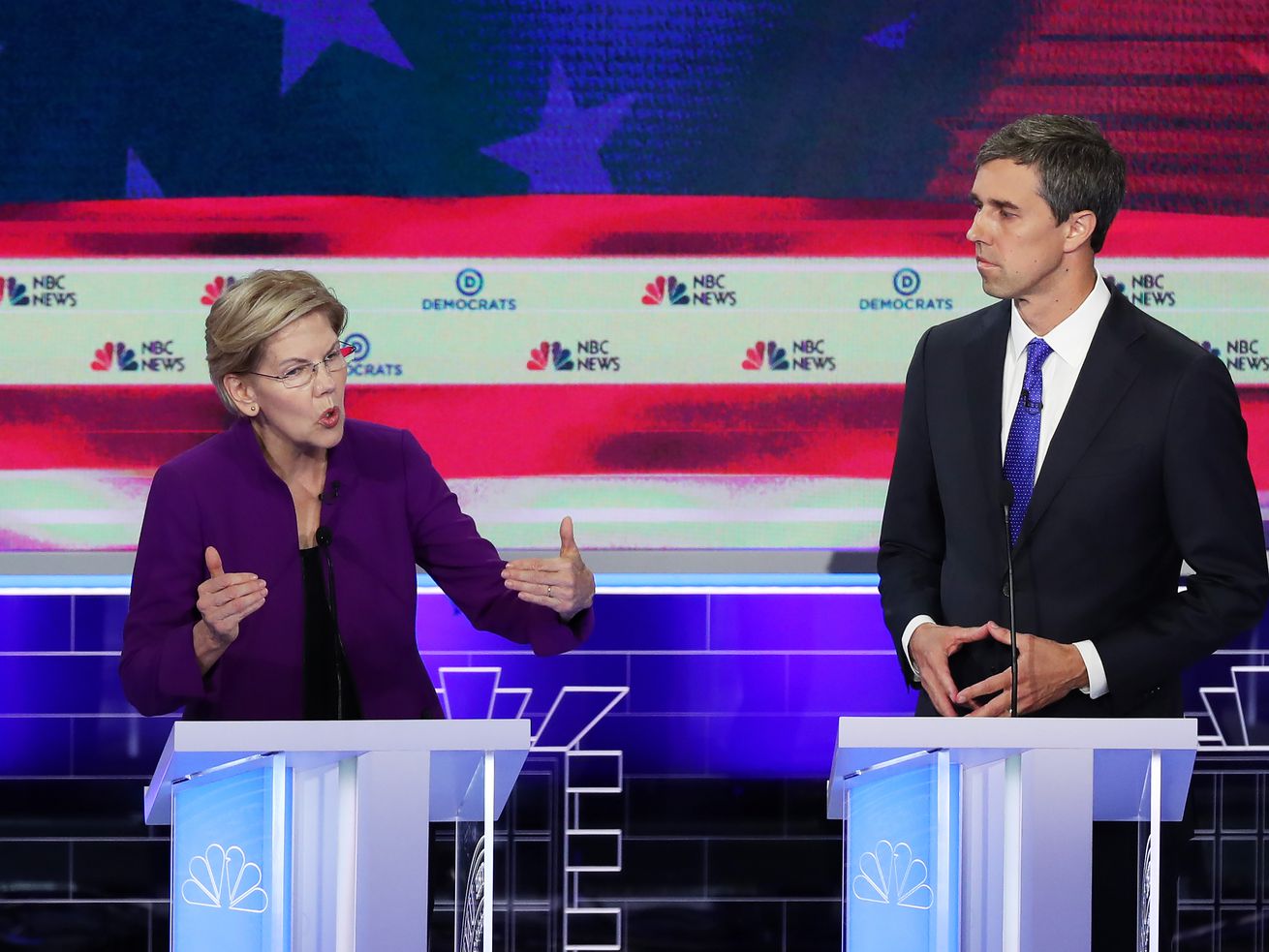 But it was still only 7 minutes.

But that’s still surprisingly little for an issue that is near or at the top of the list for Democratic primary voters, that has such massive implications for the United States, and that provides an easy opening for the candidates to sell their climate plans.

7 minutes on the #climate crisis is 7 more than we had in 2016, but it’s not even close to enough time to cover the gravest existential threat we face. #DemDebate https://t.co/NUC7Z6rVO9

When asked what they saw as the biggest threat to the United States, three of the 10 candidates on stage — Beto O’Rourke, Elizabeth Warren, and Julián Castro — mentioned climate change.

The first question on climate change centered on the debate’s host city, Miami, which is plagued by rising oceans and extreme weather threats.

“We are here in Miami experiencing serious flooding on sunny days as a result of sea level rise and parts of Miami Beach and the Keys could be underwater in our lifetimes. Does your plan save Miami?” moderator Rachel Maddow asked Washington Gov. Jay Inslee.

Inslee, who has built his whole campaign strategy around climate change, responded that he would start by taking away the Senate filibuster from Mitch McConnell, removing a key roadblock to passing critical climate change legislation in the Senate. He added that climate change is a crisis and must be “the organizing principle to mobilize the United States.”

The problem with framing the question around Miami, though, is that the city is already experiencing irreversible damage from climate change. The flooding is already there. There is no saving it so much as adapting to the new normal.

But there were other interesting questions. O’Rourke was asked how he would win over people who may support fighting climate change but resent being told what to do by the government. “You have to bring everybody into the challenges we face,” he responded. “That’s why we are traveling everywhere, listening to everyone.”

Moderator Chuck Todd also asked Julián Castro about who should pay for people who have built their homes in areas vulnerable to climate-related disasters. “Is this a federal government issue and do they have to move these people?” he asked.

Castro replied that he didn’t think that the premise reflected the issue well and emphasized that his approach to climate disasters would be on rebuilding and emphasizing resilience to future events.

And Ohio Rep. Tim Ryan was asked how he would pay to fight climate change if a carbon tax were politically untenable. Ryan said there are lots of ways of raising revenue, adding that “we have to build our way out of this and grow our way out.”

But since different candidates were asked a scant few questions, it was hard to compare and contrast how they differ on the issue. The brief window of climate questions also didn’t allow most of the other candidates to weigh in at all.

Environmental activists were certainly not satisfied. Campaigners from the Sunrise Movement camped out Wednesday night in front of the Democratic National Committee headquarters to demand that the DNC host a climate change debate, a request they already refused.

Sunrise climate activists were not happy with what they heard.