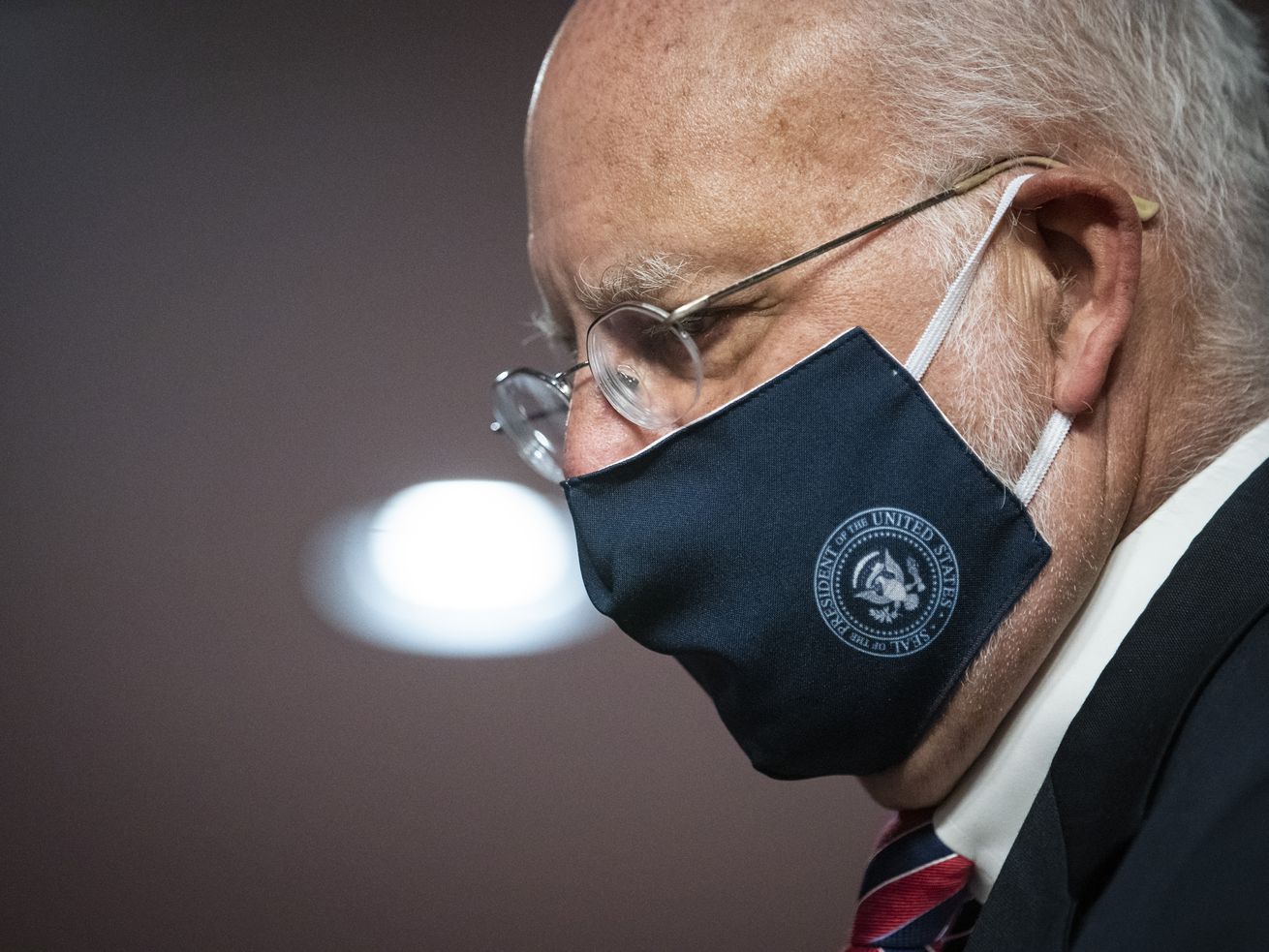 Centers for Disease Control and Prevention Director Robert Redfield testifies in front of the US Senate on June 30, 2020. | Al Drago/Pool via Getty Images

The previous changes seemed to be politically motivated to favor Trump. The CDC just walked them back.

The Centers for Disease Control and Prevention (CDC) on Friday reversed changes to its Covid-19 testing guidelines, once again recommending that people without symptoms get tested for the coronavirus if they have come into close contact with someone known to be infected.

The CDC’s new guidelines now state, “If you have been in close contact, such as within 6 feet of a person with documented SARS-CoV-2 infection for at least 15 minutes and do not have symptoms. You need a test. … Because of the potential for asymptomatic and pre-symptomatic transmission, it is important that contacts of individuals with SARS-CoV-2 infection be quickly identified and tested.” It also calls for such people to self-isolate for 14 days, even if the test comes back negative.

Recent guidelines suggested that people without symptoms who have come into close contact with others known to be infected “do not necessarily need a test.” The new guidance, in effect, returns the CDC to a recommendation for more testing.

Public health experts and officials criticized the previous revisions. They noted that people without symptoms can still spread the coronavirus, and, in fact, people may be at greatest risk of spreading the virus before they develop symptoms. For those without symptoms, the test may be the only way to confirm an infection — and, as a result, get people to isolate to stop further spread of the disease.

The previous changes to not recommend testing, however, appeared to be politically motivated. President Donald Trump, arguing that more tests make the US look bad by exposing more Covid-19 cases, previously said that he told his people to “slow the testing down, please.” Media reports confirmed the White House and Trump’s Department of Health and Human Services forced and oversaw the previous changes to recommend less testing — even as CDC officials objected. That fell into broader efforts by the Trump administration to muzzle and warp the CDC to downplay Covid-19 and Trump’s botched response.

The latest revisions to the guidelines amount to the CDC rebuking Trump and his officials’ politically motivated efforts.

Since the start of September, the number of people getting tested for Covid-19 in the US has stalled out and even fallen. Some experts said that the previous revisions to the CDC guidelines were partly to blame.

Testing is crucial to stopping Covid-19 outbreaks. When paired with contact tracing, tests allow officials to isolate the sick, track down close contacts and get them to isolate as well, and deploy other public health measures as necessary. Aggressive testing and tracing were key to controlling Covid-19 outbreaks in other countries, such as Germany and South Korea.

The US, however, has struggled to build up its testing capacity. In the spring, the country was slow to do so due to a mix of federal screw-ups and bureaucratic hurdles, resulting in a “lost month” for confronting Covid-19. In the months after, testing did increase. But then, when cases started to spike nationwide in the summer, there were more testing shortages as some labs reported delays for results as long as weeks. Starting this month, testing appeared to decline again.

The testing failures are one reason the US, which is now nearing 200,000 confirmed Covid-19 deaths, has struggled so much to contain the virus. While the US hasn’t seen the most coronavirus deaths of wealthy nations, it’s in the bottom 20 percent for deaths since the pandemic began, and reports seven times the deaths as the median developed country. If the US had the same death rate as, say, Canada, 115,000 more Americans would likely be alive today.

The recent drop in testing is particularly concerning now: The fall and winter threaten another wave of rising Covid-19 cases — as people return to school, the holidays bring families and friends close together, the cold pushes people into indoor spaces where the virus is more likely to spread, and a flu season looms.

At least with its new guidance, the CDC is pushing for the kind of testing that could help America get control over future outbreaks and, hopefully, prevent them from becoming dire.