BRITS will be warned not to travel to Belgium and Luxembourg by the end of the week – throwing face-to-face Brexit talks in doubt.

But sun seekers heading to Croatia will be given a boost as the Balkan nation will still be allowed in despite a jump in cases. 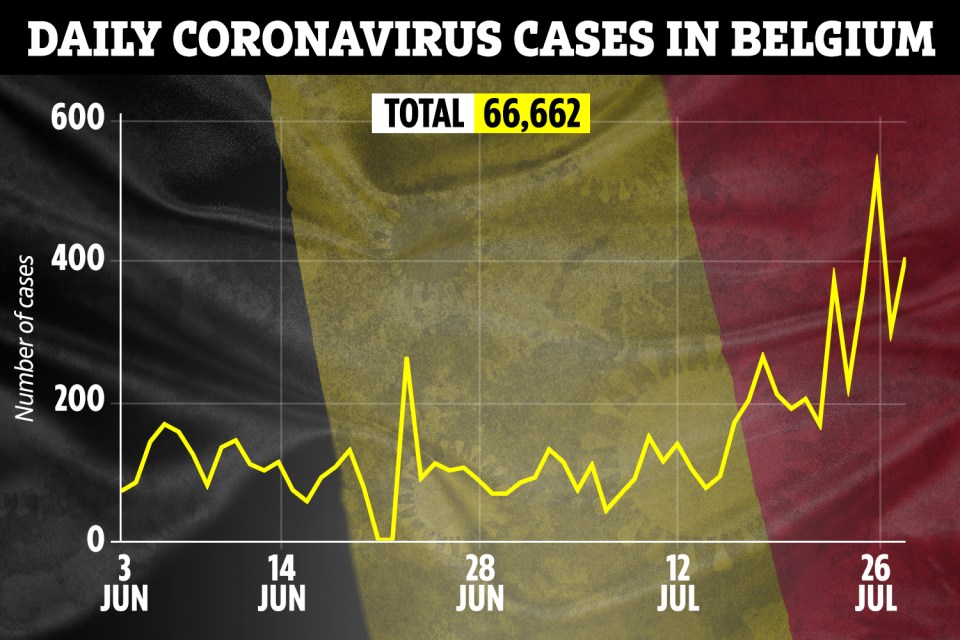 The Sun understands that officials are keeping a “watchful eye” on the holiday hotspot but cases have not yet spiked enough to cut the air bridge.

However Belgium and Luxembourg will be chucked off the ‘air bridge’ list when the government review of the policy takes place on Friday.

Belgium’s removal from the list throws the next round of Brexit talks, which are due to take place in Brussels in three weeks on August 17.

Although diplomats are allowed exemptions from quarantine restrictions, the spike in cases could see the teams opt to resume talks via video calls.

Earlier this week Belgium’s Prime Minister Sophie Wilmès cut the country’s social “bubbles” by a third, meaning people can’t see as many others as they previously could.

Before the spike in cases Belgians were allowed to meet 15 people, but that was cut to five.

However the small coastal nation has only recorded just under 5,000 Covid-19 cases since the start of the pandemic, with 140 deaths.

Transport secretary Grant Shapps said this evening as he returned to the UK after cutting his own holiday in Spain short that the Government has to act quickly when it has te latest information about cases.

He added: “I cant therefore rule out other countries having to go into quarantine.

“I very much understand [the disruption] – it had an impact on me and my family.

“I’m very, very sorry and upset for thousands of Brits who were away or who haven’t managed to get away this summer.

“The figures since have turned out to justify that action.”

Most read in Politics

Big coronavirus outbreak at pub where ‘200 people crammed like sardines’

Belgium and Luxembourg will be the third and fourth countries to have quarantine measures reimposed.

Spain was dramatically whipped from the safe list over the weekend sparking fury among the 600,000 Brits already on holiday there.

The chaos from the last minute decision, and the later inclusion of the relatively safe Canary and Balearic Islands, means millions of Brits face losing cash from cancelled holidays or by quarantining when they get home.

Serbia was the first country to fall from the list just days after the air bridge announcement.