A UK ticket-holder has successfully claimed a £123m EuroMillions jackpot – the third biggest win ever.

The new multi-millionaire has chosen to remain anonymous, Camelot said.

It comes after the Brit came forward to claim the staggering prize money last week on the June 11 draw on a single ticket.

Lotto organisers had put out a frantic appeal to the lucky punter to come forward amid fears they didn’t realise they had won.

They urged players to “check, double-check and triple-check” their tickets.

Other big winners who have gone public include Colin and Chris Weir, who won £161million on the EuroMillions in 2011.

Adrian Bayford and his ex-wife Gillian also won £148million on the EuroMillions in 2012 – but split 15 months after their win.

AFFRAY AT THE RACES

A single mum yesterday told how she was duped out of thousands of pounds who had claimed they had won the prize.
The victim, 44, was told she would be given a £500,000 slice of the jackpot if she sent the conman a loan of £5,000 for his mum’s open-heart surgery in Pakistan.

The mum, from Birmingham, didn’t realise the third biggest prize in UK lotto history had not even been claimed yet when she handed over £4,000, Birmingham Live reported. 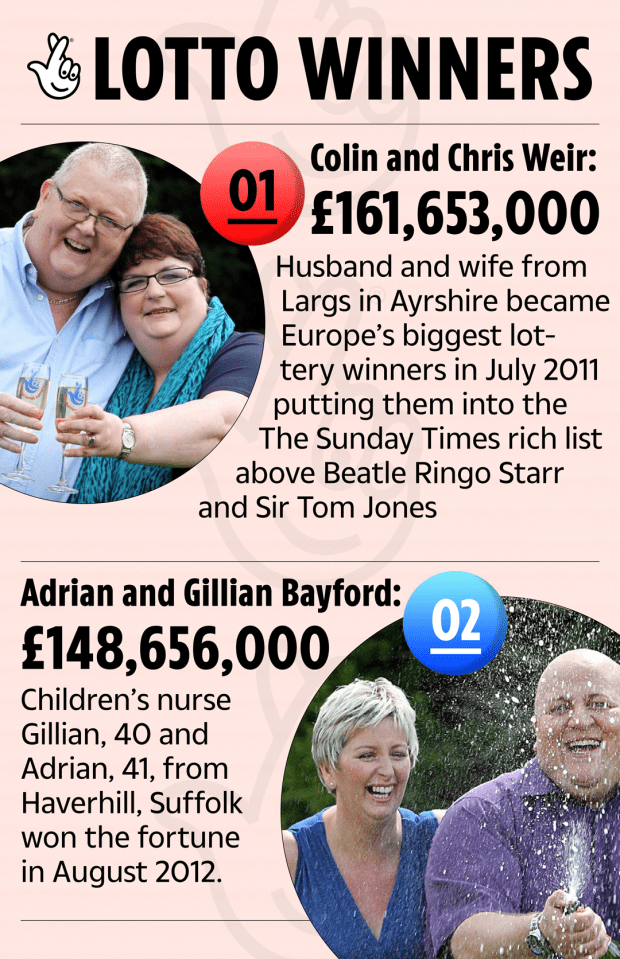