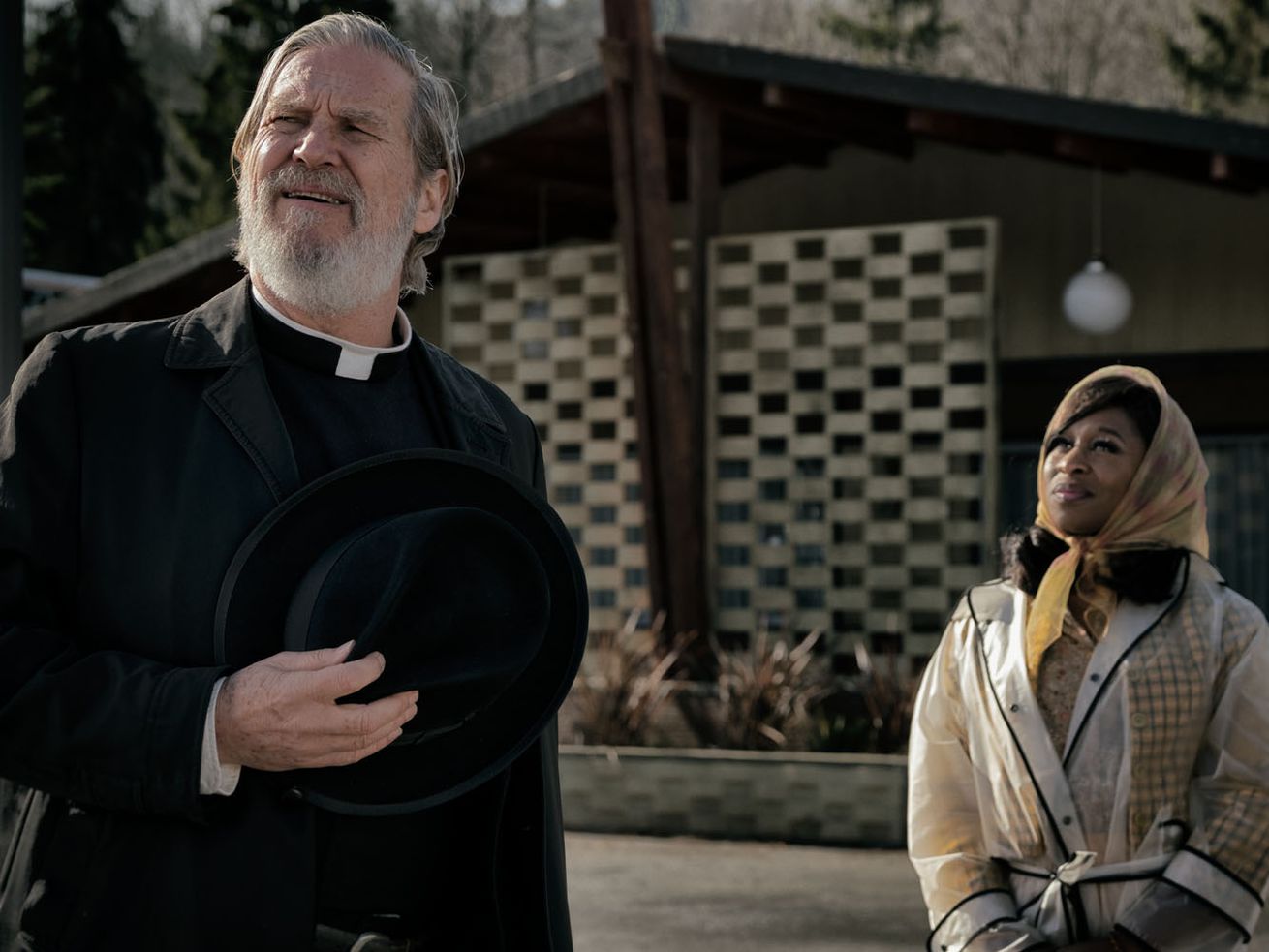 Drew Goddard’s twisty symbol-laced thriller about post-’60s America and the afterlife is currently in theaters.

Bad Times at the El Royale, written and directed by Drew Goddard (The Cabin in the Woods), is an ambitious and kind of bizarre movie about religion, salvation, and who we really are. Technically, it’s set in a hotel that straddles the Nevada-California state line, but the otherworldly air at the El Royale gives away the game: This is a movie about purgatory and judgment, and whether anyone really can earn their way out. Starring Jon Hamm, Jeff Bridges, Cynthia Erivo, Dakota Johnson, and Chris Hemsworth as a group of strangers who find themselves thrown together on a stormy night in 1969, it’s twisty and surprising, and even when it starts to feel overstuffed with ideas, it’s never dull.