ARSENAL are reportedly still “in contact” with Kosovo wonderkid Ismet Lushaku, 19, despite his trial falling through due to the coronavirus crisis.

The AFC Eskilstuna hotshot has revealed that he was invited to train with the Gunners’ U23s before head coach Mikel Arteta fell ill with the killer virus.

The midfielder told Fotbollskanalen: “They had been looking at me for a while and wanted to see me in their environment,

“I then received an invitation to go and train and play with the U23s team.

“Three days before I would go Mikel Arteta received corona.

“And after that I was told that no one could come in anymore for trial games and those who were there for trial games should go home, as they did not want to risk me being infected or that I could be infected and infect people there.

“Then there was nothing right then. They still have contact with my agents.”

The Arsenal boss revealed he started to feel unwell shortly after his side’s Europa League game with Olympiacos.

The Greek club’s owner, Evangelos Marinakis, later tested positive for the killer bug – sparking a panic amongst a host of clubs, including Nottingham Forest.

After that, Arteta revealed everything happened “very quickly” and it took a while for him to fully recover having tested positive for Covid-19 but he is now over the ordeal.

The Gunners’ interest in young Scandinavian talent may be due to cult hero John Jensen who returned to the club last summer to take on the role of scouting in the region.

The Dane said: “Initially, I need to find talents for the club’s academy, but in the long term I hope to contribute with scouting players to the Premier League squad.

“After more than 20 years as a coach, I feel that I have my finger on the pulse of the football industry.” 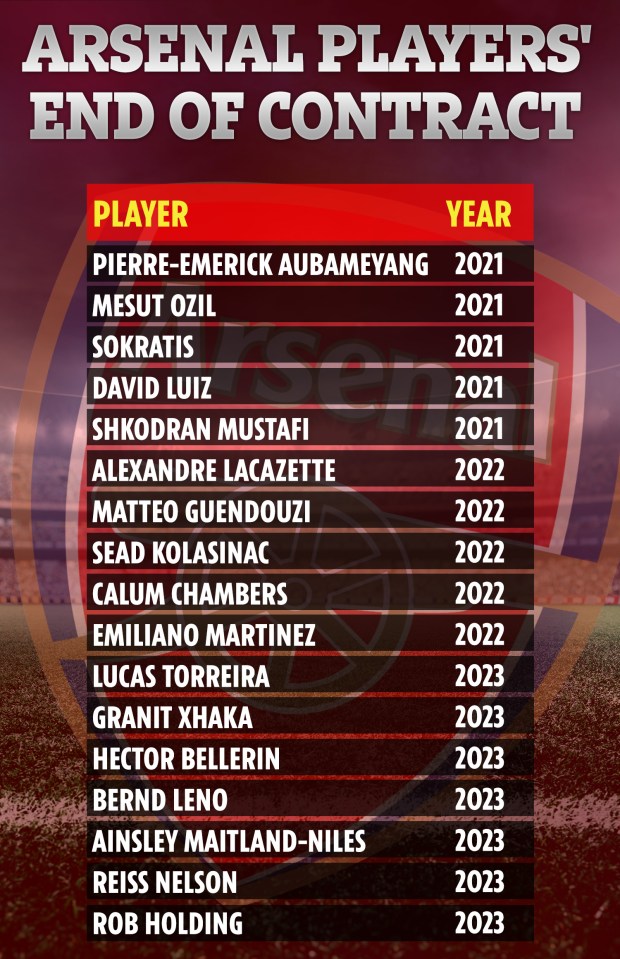 Arteta’s transfer plans have reportedly been changing daily as coronavirus wreaks havoc on the transfer market.

But signing youngsters on the cheap may be a likely option for the cash-strapped Gunners.

Arsenal’s already limited budget was further hit following the pandemic meaning the club may have to sacrifice at least one of four players including Alexandre Lacazette – to splash in the summer.

And Pierre-Emerick Aubameyang looks almost certain to leave with the Gunners ready to cash in  following the killer virus.

An Emirates exodus will make way for Atletico Madrid midfielder Thomas Partey – who has a £45million release clause in his contract which runs until 2023.

Arteta has warned Arsenal transfer targets that they can’t hesitate over joining, with Willian and Samuel Umtiti also linked.