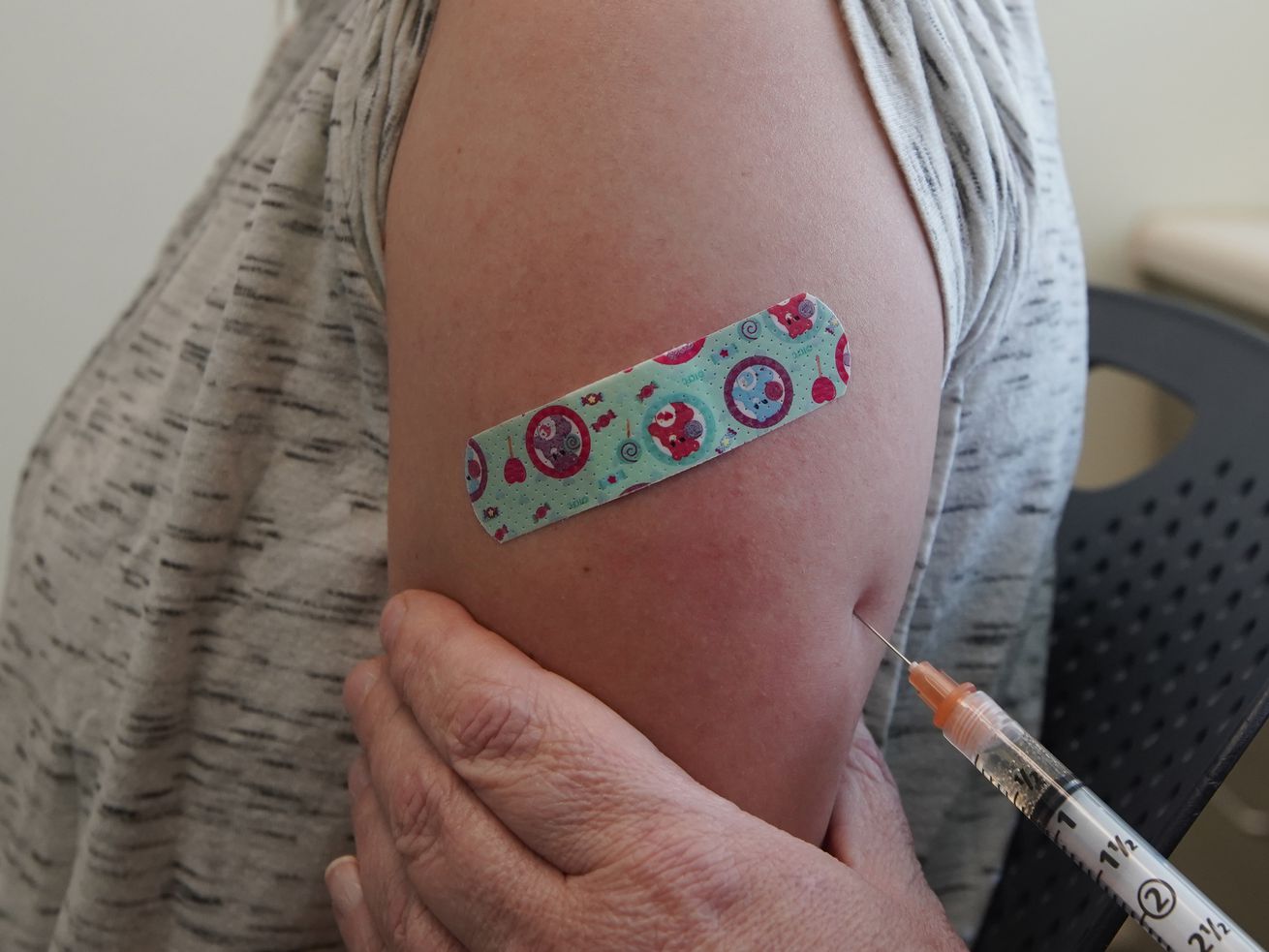 Hundreds of people attended an anti-vaccination event in New York, where the outbreak has hit hardest.

Rockland County, New York, has been hit hard by the measles outbreak. That didn’t stop anti-vaccination groups holding a rally in the area Monday evening that attracted hundreds of attendees, most of them ultra-Orthodox Jews.

The “vaccine symposium” was sponsored by a Jewish group based in Monsey, New York. Attendees referenced religious beliefs and pseudoscience that they claimed disproved the effectiveness of vaccines.

Despite the growing measles outbreak — it’s reached a record high of more than 800 cases nationwide, 75 new cases this week coming from New York, since the disease was declared eliminated in 2000 — attendees packed the ballroom where the event was held, according to the New York Times.

The rally’s featured speakers included Andrew Wakefield, whose widely disproved study linking the measles, mumps, and rubella (MMR) vaccine to autism helped spur the modern anti-vaccine movement. In 2010, the UK stripped Wakefield of his medical license after finding him guilty of fraud and child abuse.

The measles epidemic in New York, which is the worst in the country, started in ultra-Orthodox communities in October, after some unvaccinated children got sick with measles during a trip to Israel, according to the New York Times. The majority of cases in the city have been among ultra-Orthodox Jews, even though many do vaccinate their children.

As Vox’s Julia Belluz reported in October, anti-vaccination rhetoric has taken hold for reasons that have nothing to do with religious doctrine. But “the fact that some Orthodox Jews live outside the mainstream, avoid technology, and hold rabbinic opinion in high esteem may leave them particularly vulnerable to anti-vaxxers,” she wrote.

One of the most prominent ultra-Orthodox anti-vaxxers, Rabbi Hillel Handler, claimed at Monday’s rally that Jews in New York had been “demonized.” He also criticized New York Mayor Bill de Blasio, calling him “a German” and “a very sneaky fellow,” for actions he said singled out Jews during the epidemic.

Despite the measles outbreaks, the rally shows the anti-vaccine movement is resilient. On Tuesday, hundreds gathered outside the New York state capital to protest against a bill that would ban religious exemptions from mandatory vaccinations. Robert F. Kennedy Jr. spoke at the rally with a crowd of mothers cheering him on, despite criticism from his family for spreading misinformation.

Tech companies are trying to crack down on the anti-vaccination movement. If you look up vaccination-related content on Twitter, the app will display a statement from the United States Department of Health and Human Services at the top of the search results. Instagram has also blocked hashtags that spread misinformation.

It remains to be seen if this is enough to curtail a movement that has been deemed as a public health crisis. One particular challenge is fighting disinformation in tight-knit or insular communities, who might attend a rally but not see hashtags on Twitter. The group often shares the same culture and misinformation circulates within the community, which will help them justify their anti-vaccination beliefs.

Outreach from the government is often met with distrust, further isolating the community from truthful information. In order to make headway with such groups, officials must approach them in a transparent and empathetic way, University of Washington School of Medicine pediatrics professor Douglas Opel told the Wall Street Journal.

The rally Monday shows just how big that challenge is.