ANDY Cohen has put his dog Wacha up for adoption, admitting that his “home is not a good place for him.”

Andy, who welcomed a son in 2019 through surrogacy, revealed that he had been working “to address some occasional random signs of aggression” but that it was decided, along with “numerous professionals” that “Keeping him here could be catastrophic for Ben and worse for Wacha.”

Alongside a video of him giving Wacha cuddles, Andy wrote: “I’ve put off sharing this news as long as I could. As you may know, Wacha is my first baby, my beautiful rescue puppy.

“He is my pride and joy. When he came into my life, my world changed. Over the nearly seven years that I’ve been blessed to have Wacha in my life, we have worked to address some occasional random signs of aggression.

“No effort was spared in the attempt to help Wacha feel adjusted. After an incident a few months ago, numerous professionals led me to the conclusion that my home is simply not a good place for him. Keeping him here could be catastrophic for Ben and worse for Wacha.”

Andy went on to reveal that Wacha is now living in the home that he stayed in when Andy was out of town, and that he is “thriving.”

The Bravo host added: “The good news is that he now has a permanent home with his second family, in the place he lived every single time I went out of town. He is thriving.

“We still see each other, but a piece of my heart is gone. I miss his weight on top of me first thing in the morning. I miss him waiting for me in front of the shower. And I miss the sound of his paws on the floor when I come home.

“I am not the same person I was when I got him. My dog changed me.

“He opened me up to love.. to caring… and ultimately to having a family.”

He concluded: “When I think of him – let’s be honest, when don’t I think of him – it’s with the clarity that we were meant to come into each other’s lives exactly when we did, and that he’s happy, which gives me peace of mind.

“We did rescue each other. Thank you, Wacha.”

In response, Andy’s fans revealed their surprise and admitted they felt “so bad” for Wacha.

“Wow, that poor dog. I could never,” shared one upset fan, as another wrote: “That is so sad. I feel so bad for Wacha.” 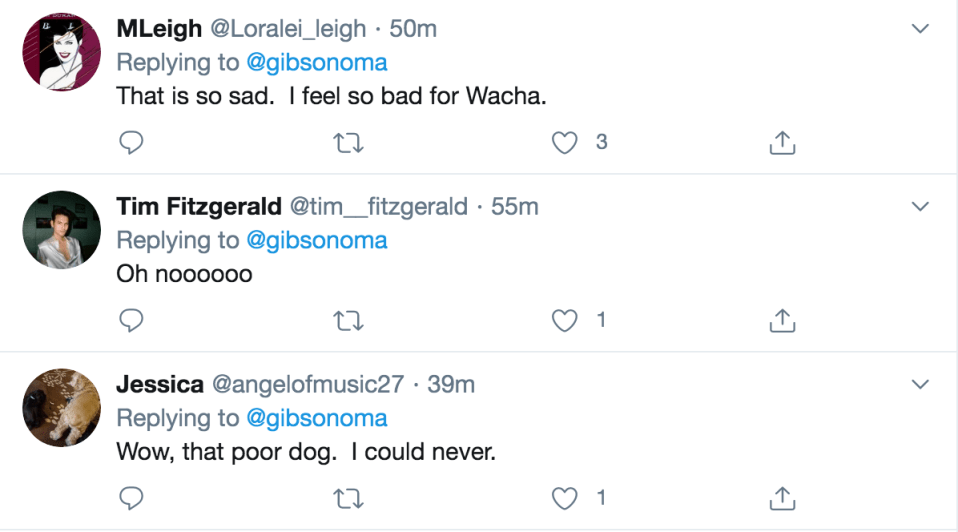 Andy became a father in February 2019 with the birth of his son Benjamin.

“I’m in love,” he wrote on Instagram, announcing his son’s birth.

“And speechless. And eternally grateful to an incredible surrogate. And I’m a dad. Wow.”

most read in entertainment

He was recently separated from Ben as he recovered from coronavirus.

After nearly two weeks of isolation, the WWHL star shared a heartwarming snap with his adorable 13-month-old.

The TV star referenced the plethora Bravo-reunions he’s hosted in caption of the adorable snap: “I’ve hosted reunions for years, but yesterday’s was the best one yet.”