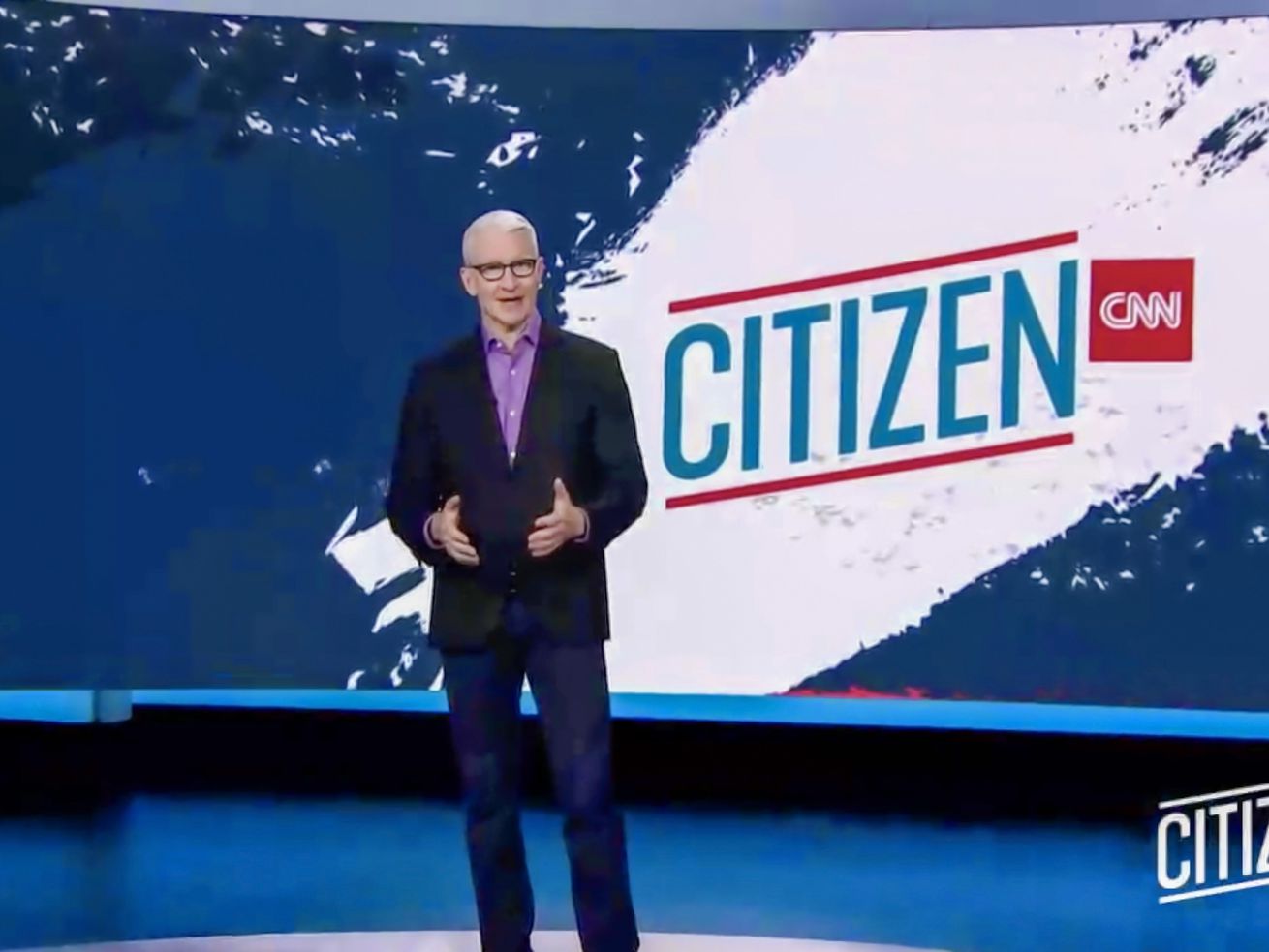 Anderson Cooper has had it with Donald Trump’s nonsense. | Getty Images for CNN

Cooper used to be a conventional TV reporter. Then Trump became president.

Anderson Cooper has gone on a journey over the past five years, from a conventional mainstream television news journalist to a man who looked into the camera Thursday night and described Donald Trump’s update on the state of the vote count like this: “That is the president of the United States. That is the most powerful person in the world, and we see him like an obese turtle on his back flailing in the hot sun.”

WATCH: CNN’ Anderson Cooper: “That is the President of the United States. That is the most powerful person in the world and we see him like an obese turtle on his back flailing in the hot sun…” pic.twitter.com/pZBOhyKlzC

Though markedly colorful for a mainstream journalist, Cooper’s assessment isn’t inaccurate. Trump’s 15-minute statement from the White House was ludicrous. It was filled with more lies about the vote-counting process than are worth counting.

But to Cooper’s point, Trump looked inept. Make no mistake, Trump was trying to sow doubt about the process to hang on to power, whether or not he wins the votes. But his heart wasn’t in it. Trump’s been more animated about off-hour Fox News segments.

Cooper, 53, isn’t an activist journalist. He’s done heartbreaking interviews with ordinary people and celebrities like Joaquin Phoenix. He started his career answering phones at ABC. He went abroad and earned his reputation as a serious reporter covering war and violence in Somalia, Rwanda, and Bosnia. He co-anchored World News Tonight and later his own CNN news show, Anderson Cooper 360. He’s also a contributor to 60 Minutes.

TV journalists have reported Thursday that Trump has been down and angry. Trump’s path to victory has been narrowing in the past 24 hours. His voters overwhelmingly cast their ballots on Tuesday, which were counted first. As mail-in ballots are counted and tabulated, Joe Biden has been eating into Trump’s leads in swing states. The president’s legal team is filing desperate (and most likely doomed) legal challenges to try to stop the count in some places and recount them in others. The walls are closing in, so Trump is lashing out.

Not so long ago, Cooper would have been considered fringe (and probably then gotten fired) for describing a sitting president as he did tonight. But 2020 is not normal. The president is on his back, and he’s flailing.