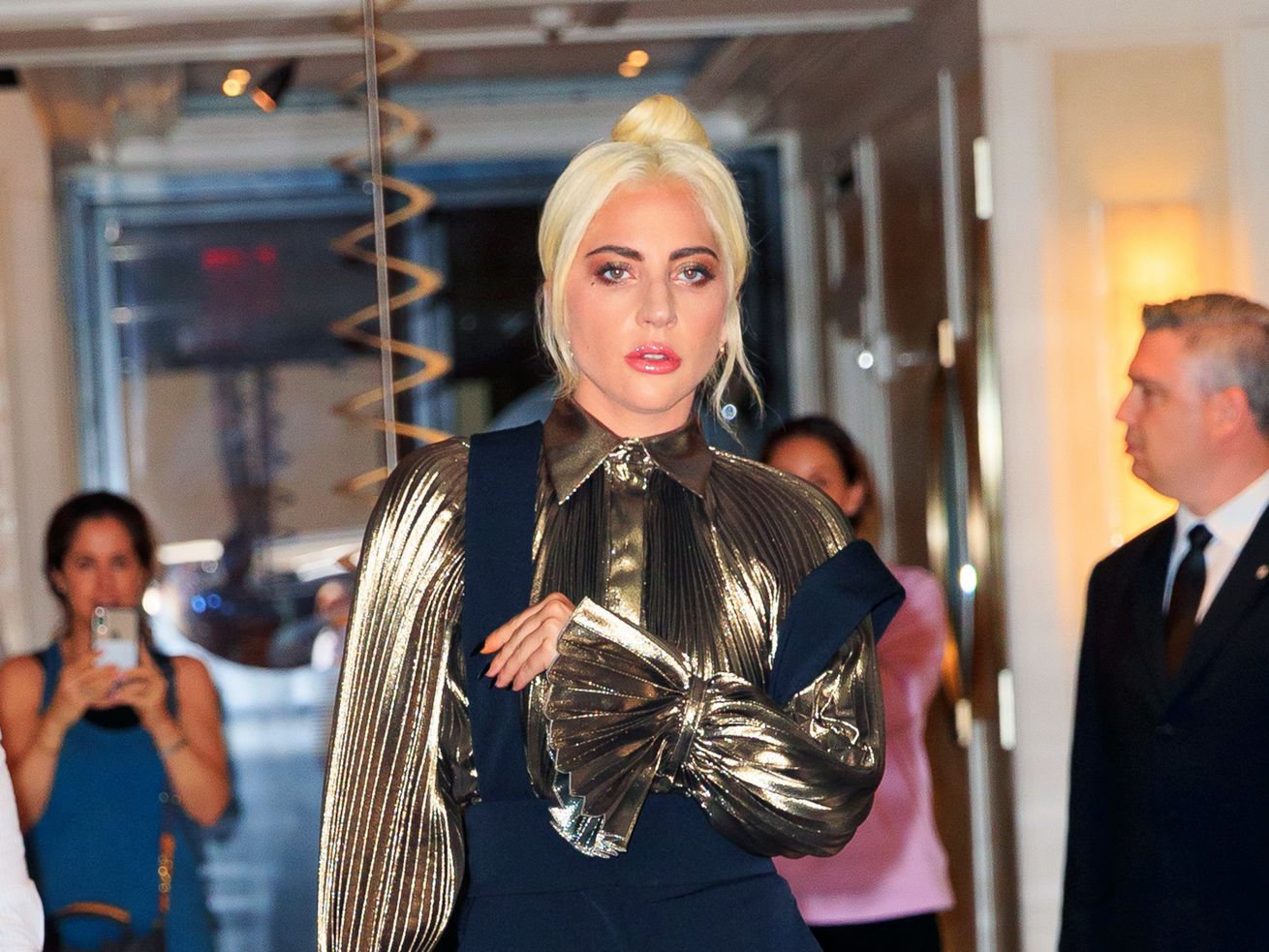 After Katy Perry lost an alarming copyright case, another found its way to Lady Gaga’s doorstep.

There’s a really simple answer as to why Grammy- and Oscar-winning artist Lady Gaga could end up paying millions for allegedly stealing her award-winning A Star Is Born hit “Shallow.” And it’s that singer-songwriter Steve Ronsen, the obscure artist threatening to take her to court, could win his case.

On August 8, Page Six reported that Ronsen has accused the singer of stealing a three-note progression from his 2012 song “Almost” for “Shallow,” which won the Academy Award for Best Original Song earlier this year. Gaga wrote the song with Andrew Wyatt, Anthony Rossomando, and Mark Ronson and performed it with Bradley Cooper during the film.

Not credited is Steve Ronsen, who now wants “millions and millions” of dollars for what he calls Gaga’s copyright foul.

“It was brought to my attention by many people that the ‘Shallow’ song sounds like mine. I did not seek this out, I haven’t even seen the movie,” Ronsen said in a statement about the case. “I admire Lady Gaga and I just want to get to the bottom of this.”

At the time, Ronsen’s track had fewer than 300 plays on his SoundCloud. Thanks to the press from the lawsuit, it now has more than 260,000.

Ronsen has not filed a lawsuit against Lady Gaga; the legal settlement remains a threat.

Although the songs may share a similar set of chords, at least one music theorist says that isn’t enough to prove copyright infringement. Charlie Harding, co-host of the Vox podcast Switched on Pop, told us he thinks the legal threat is hoping to take advantage of a jury that isn’t aware of how music is made.

“It ought to be easy to prove that the songwriter of ‘Shallow” never heard ‘Almost,’ given the prosecuting song’s almost nonexistent distribution,” Harding said. “Despite the musical similarity, the allegedly stolen material isn’t used as a hook or main theme in the song. But what’s most remarkable about this case is that there is nothing remarkable at all about either of these melodies. Both use the most elementary sequence of notes that a young musician learns: Do-Re-Mi.”

Gaga’s lawyer Orin Snyder also said that the specific chord progression found in “Shallow” and “Almost” is also found in other well-known songs, like “Dust in the Wind” by Kansas.

“Mr. Ronsen and his lawyer are trying to make easy money off the back of a successful artist. It is shameful and wrong,” Snyder said in a statement to the Today show. “I applaud Lady Gaga for having the courage and integrity to stand up on behalf of successful artists who find themselves on the receiving end of such [claims]. Should Mr. Shirian [Ronsen’s lawyer] proceed with this case, Lady Gaga will fight it vigorously and will prevail.”

While Gaga has numerous examples of pop music with matching chord progressions to point to in her defense, the one thing that should worry her and her team is a recent $2.78 million ruling against fellow pop star Katy Perry last month, which suggests that it may be easier to target big-name musicians for similar instrumentals and other details than theorists thought possible.

On July 30, a federal jury in Los Angeles ruled that Perry and her collaborators had copied a 2009 Christian rap song called “Joyful Noise” by the artist Marcus Gray, a.k.a. Flame, for her song “Dark Horse.” Gray wrote the song with two other writers, Emanuel Lambert and Chike Ojukwu.

Music theorists and experts believed that the case didn’t have much to stand on as it wasn’t thought that a descending minor scale and a basic rhythm of a song could be copyrighted. The songs were in different keys and had different BPMs (beats per minute) and the melodies didn’t even have the same notes.

“They’re trying to own basic building blocks of music, the alphabet of music that should be available to everyone,” Perry’s lawyer Christine Lepera said during closing arguments, according to the Associated Press.

Yet that wasn’t enough to convince a jury, and Perry and her collaborators were penalized $2.78 million. That’s just a drop in the bucket for Perry and her team, but the effect the verdict could have on the music industry going forward already seems to be emerging.