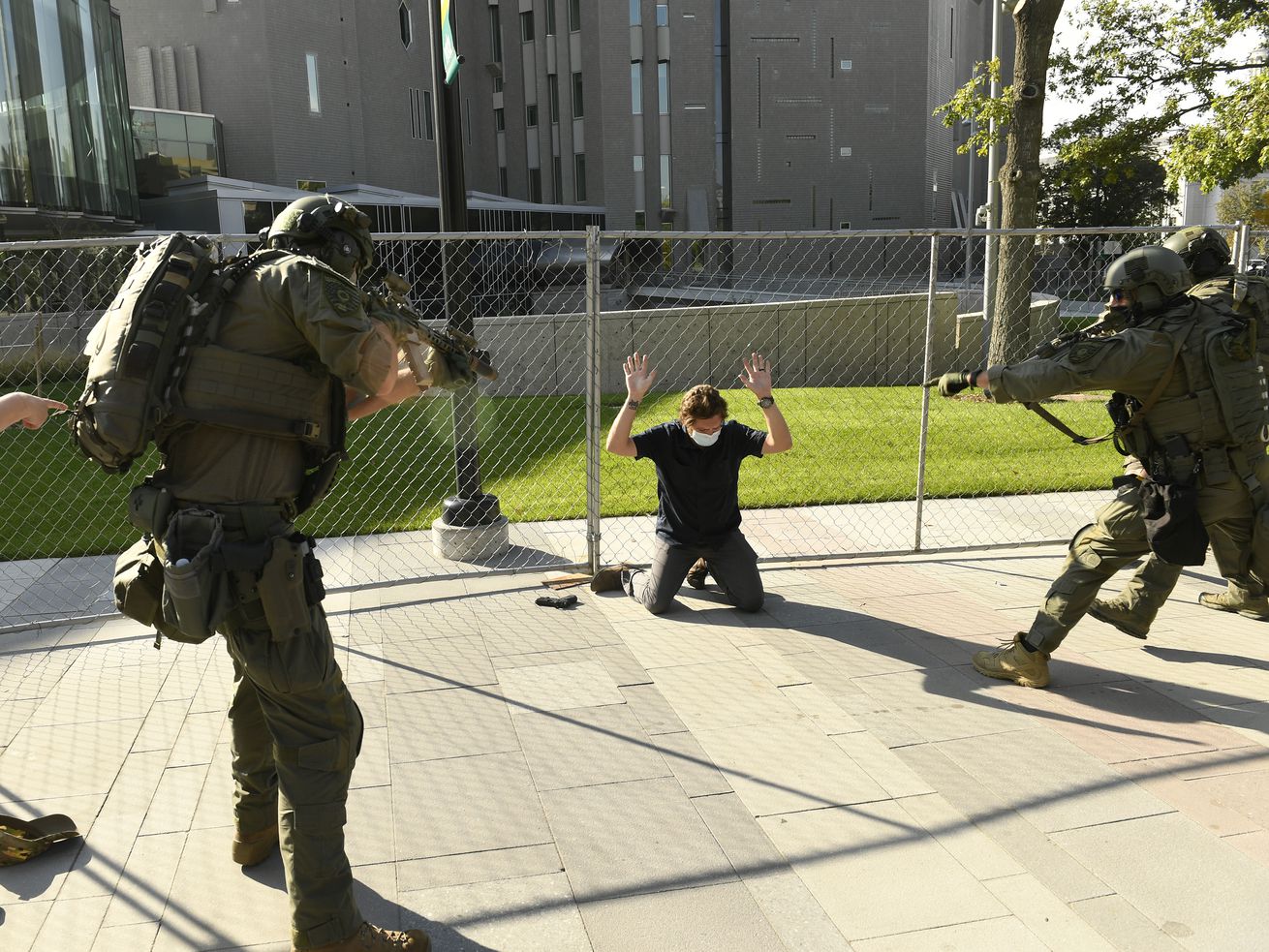 Details are unclear, but police confirmed a private security guard shot and killed a right-wing demonstrator.

A person was shot and killed amid rallies between groups with opposing political views on Saturday in Denver, Colorado. The exact circumstances of the shooting remain unclear, but Denver police indicated Saturday evening that the shooter was a local on-duty security guard.

The rallies were part of the ongoing anti-racist and far-right demonstrations that have occurred throughout the country in recent months. After far-right activists organized a “Patriot Rally” for Saturday afternoon, left-leaning activists organized a counterprotest called a “BLM-Antifa soup drive,” an ironic nod to the accusation that antifa groups throw cans of soup at political enemies.

Early reports suggest that the shooting victim, who has not yet been identified, was attending the Patriot Rally. He was transported to a local hospital where he later died, Joe Montoya, chief of the Denver police department’s investigations division, said at a news conference Saturday evening. Both the shooter and victim were white men, according to Montoya.

The shooter, identified as Matthew Dolloff by police, was a Pinkerton contractor hired by local NBC affiliate 9News to provide private security to its journalists as they reported on the protests. The station said it has been hiring private security for station personnel covering protests since mid-summer, during which journalists were sometimes targeted by law enforcement.

The shooting — and the moments leading up to it — appear to have been captured by Helen H. Richardson’s photographs for the Denver Post and a video posted to Twitter.

The video shows a man in a “Black Guns Matter” shirt arguing with a group of men. A member of that group, wearing a vest and an American flag mask, moves out of the frame. The photographs show some of what happens next: the man in the flag mask can be seen hitting the shooter in the face, and was captured spraying him with mace. The series of pictures, like the video, concludes with the man with the American flag mask on the ground.

Amid the confusion following the shooting, a number of rumors, boosted by a small group of far-right social media influencers, spread that the shooter was an antifa supporter. The Denver Police Department, however, has said these rumors are false, and that the shooter has no affiliation with the antifa cause.

The shooting follows violence at a right-wing rally in Portland, Oregon, that left one man dead in August. The shooting suspect in that incident, an antifa supporter, was shot and killed by federal law enforcement officials.

The story is still developing. Here is what we know — and don’t — so far.