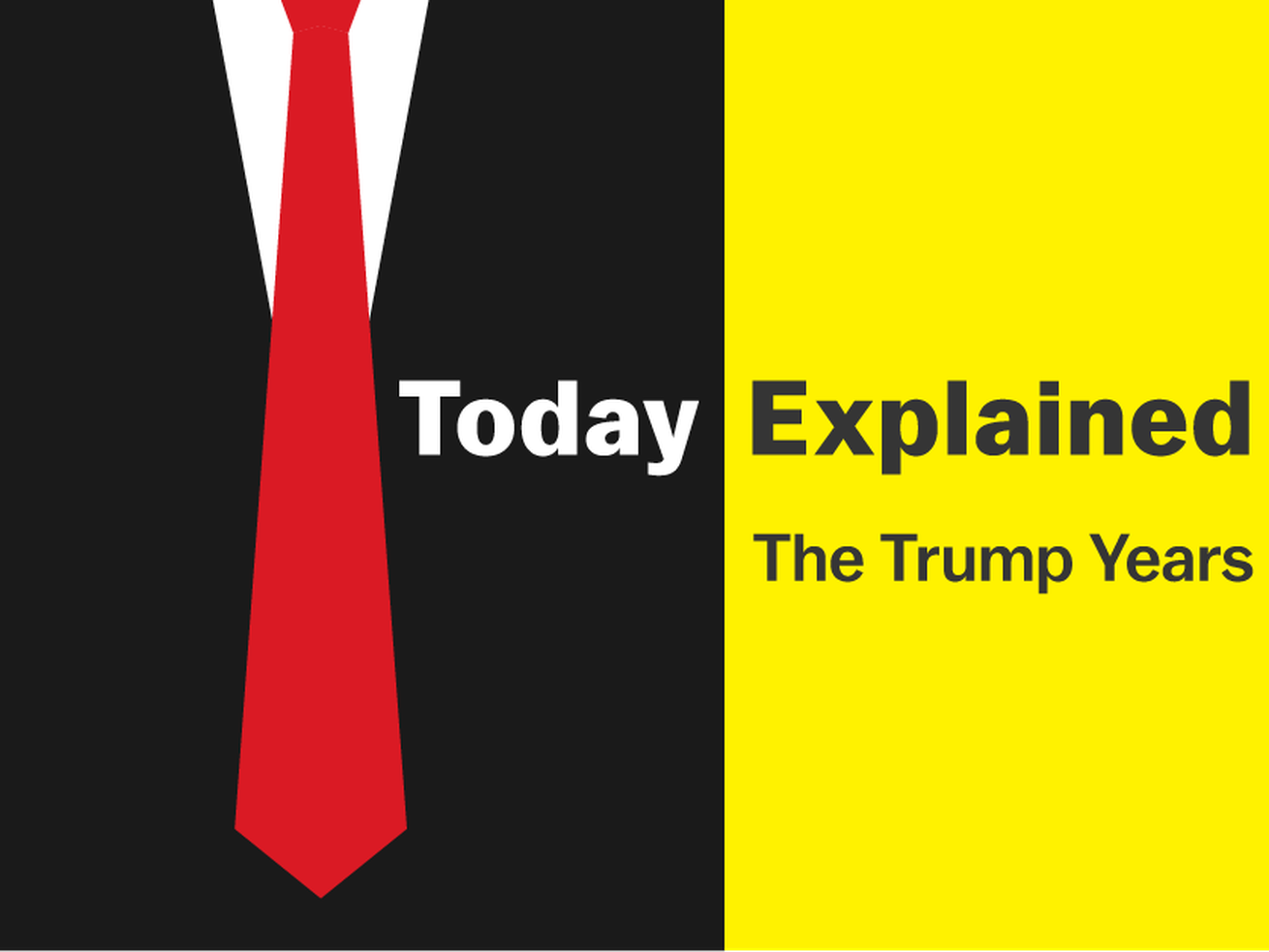 Four years ago, Donald Trump won the presidency and our shared reality hasn’t been the same since. The relentless pace of headlines, controversies, and tweets has rendered the country divided and unable to fully recollect the past. We struggle to recall what this president said or did last month, let alone in 2017.

Leading up to the 2020 election, Today, Explained will help you remember. In a five-part series, we’re bringing you The Trump Years: a look back at what Donald Trump did during his four years as president of the United States and what it means for the future of the American political experiment. The series will explore President Trump’s legacy, from health care to the coronavirus pandemic, from the economy and immigration to Special Counsel Robert Mueller and impeachment. Remember impeachment?

Subscribe to Today, Explained wherever you listen to podcasts — including Apple Podcasts, Google Podcasts, and Spotify — to automatically get new episodes when they publish.

Episode 1 | When President Trump entered the White House, his administration had a clear goal: erase the last eight years of the Obama administration. Much of the deregulating that has happened in the last four years has not dominated the headlines, but it will have a huge impact on the environment and financial systems in this country for years to come.

Episode 2 | On immigration and foreign policy, the president has kept a lot of his promises. But does a more broken immigration system and shaken alliances really put “America First”?

Episode 3 | After four years of investigations, whistleblower complaints, indictments and trials, there is still a lot we don’t know about Russia’s attempts to interfere with the 2016 election. But one thing Robert Mueller’s investigation and the impeachment trial revealed is President Trump and his campaign will go to any lengths to win.

Health of our nation

Episode 4 | President Trump failed to overturn the Affordable Care Act in his first days in office, but what has his administration done to change the health care system in the US and, seven months into a global pandemic, what state is that system in?

Episode 5 | Many issues have been illuminated in the past four years: From the Women’s March to the Black Lives Matter movement, from economic inequalities and a fractured health care system to a shift in the balance of the US judicial branch — and more. These issues didn’t begin when President Trump entered the White House, and they will continue long after he’s gone. So how does the country move forward?